Nepathya’s second performance on the stage of Doha

Folk-rock band Nepathya gave a performance at Asian Town Amphitheatre, Doha on Tuesday. The venue was riled up with thousand of audience supporting the band as per a press statement released by Nepa-laya. The press statement quoting the lead vocalist of Nepathya, Amrit Gurung stated, “I wish you all blessing on this auspicious occasion of Eid al-Adha. Also, I would like to convey my wishes for Janai Purnima which will be celebrated three days from Eid on full moon day.” 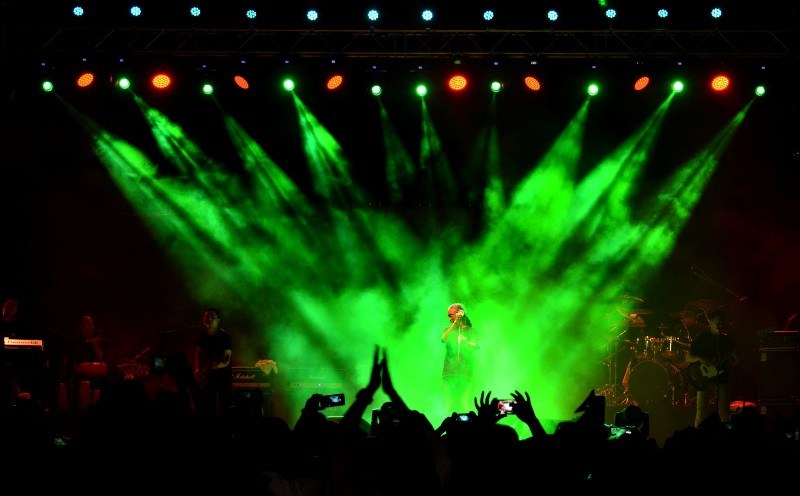 Dedicated to the Nepali hard working laborers in Dubai, Amrit Gurung sang a song composed by the band a few years back, which carried the message from loved ones in Nepal to ones that were working in a foreign land. This song was followed by a few patriotic songs like: ‘Hami Nepali’, ‘Gau Gau Bata Utha’, ‘Rato Ra Chandra Surya’ and so on.

This is the band’s second concert where the first concert took place in 2014. The event was organized by Kaski Aadrash Sewa Samaj, Ramnagar Thamura Samaj among others. And Amrit was accompanied on stage by Dhruba Lama on drums, Suraj Thapa on the keyboard, Subin Shakya on bass and Niraj Gurung on vocals.