‘National Kids of the Year-2019’ concludes

Event Battle Galaxy organized a beauty pageant for kids titled ‘National Kids of the Year-2019’ on Wednesday. Cristina Khadka and Stela Shah won the title of the pageant under senior and junior categories respectively. According to the press statement, both of them will head to Singapore for ‘International Kids of the Year-2019’, where they will compete with the kids from different countries. 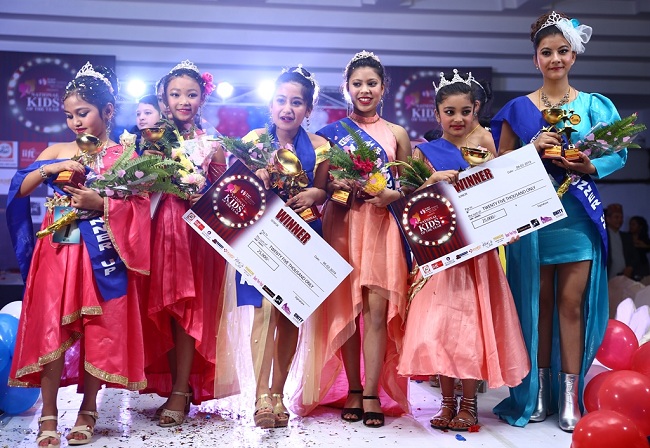 The pageant was judged by Former Miss Nepal, Usha Khadgi, actor Amit Giri, model Suresh Manandhar, Patrick Wilson and Rekha Modi. As per the President of the organization, Dhiraj Tandukar, 31 kids made their participation in the competition.