The traditional Mithila Samaaj is a force of change aligned with women independence.    Mithila Art portrays women’s stories and culture on the canvass. In an attempt to modernize, Mithila Samaaj was the prime focus of the ninth National Art Exhibition at Nepal Art Council, organized by Nepal Academy of Fine Arts on May 16.

Themed as ‘Save Daughter, Educate Daughter’, the art show featured creations of Ranju Kumari Yadav. Yadav was also awarded for her creations. The theme aimed at discouraging the fetus killing of the girl child.

“The traditional Mithila art is slowly being modernized via canvas arts. This is an attempt to revolt against women violence through art” said Mithila Devi Yadav. She further added, “This edition of the exhibition features different creations based on Mithila Art”. Crafts made by using traditional utensils and bamboo used in Mithila area also featured in the exhibition.” 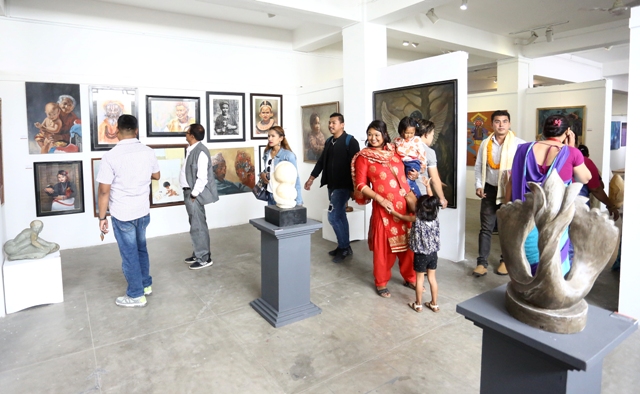 The national art exhibition is observed annually by the Academy. Deputy Prime Minister Ishwar Pokhrel inaugurated the proceedings.  “Different forms of traditional arts in the country play an important role in depicting the country’s culture,” said Pokhrel. He added, “The government will see to it that concerns regarding the development of art and culture will be addressed.”

The exhibition will run for three weeks, featuring 529 creations from 67 different artists. 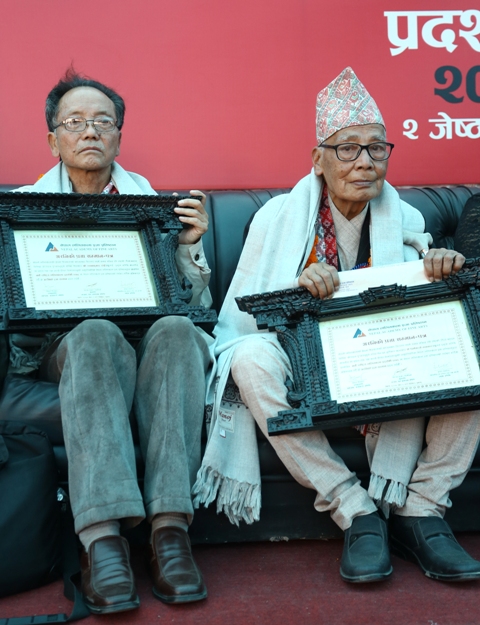 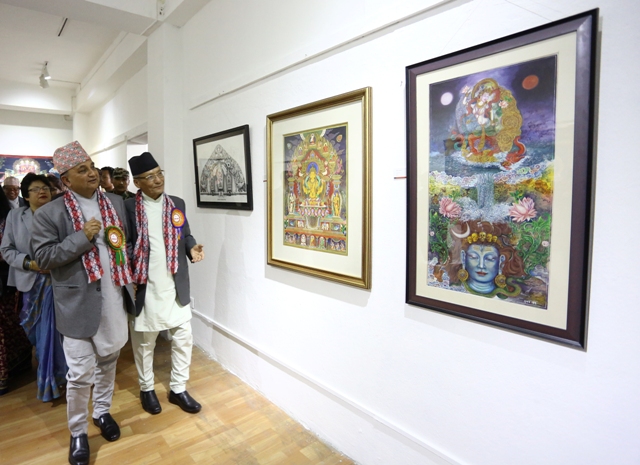