Souls of My City: Making photo frames to sustain life

Souls of My City: Leisurely life

As they say “kahi nabhako jaatra hadigaun maa” (there’s no parade like the ones in Handigaun), Hadigaun in Kathmandu is well known for its unique jatras (parades) and cultures. The Narayan Jatra is an age-old tradition carried forward by the locals of Hadigaun to pay homage to Lord Bishnu.

The jatra follows a story that a woman in her labor had once disgraced Lord Bishnu when he was in his human form. When Lord Bishnu encountered the woman crying in labor pain, he asked her to chant “Bishnu Bishnu” so as to ease the pain. But the woman got annoyed that a stranger was asking her to do things and sent him away as she did not realize it was Lord Bishnu. Feeling insulted, Bishnu then returned to the mountains infuriated at the woman and gave her a curse.

After that, the woman could not give birth for as many as 12 years. Seeing the woman in pain for such a time, the people of Hadigaun decided to call Lord Bishnu for help. Upon reaching him, however, Narayan did not agree to return to the earth.

So a man told him that they shall celebrate the biggest jatra if he agrees to come, to which he agreed to visit the town during the jatra. After Lord Bishnu was pleased with the jatra, the woman was finally able to give birth to a boy child. However, as the child was born after 12 long years, the newborn had a moustache.

Unlike the chariots in any other jatras, Satyanarayan Jatra has three chariots without the wheels. The devotees carry the chariots on their shoulders. The chariots make a shape of an inverted umbrella on the top, consist of idols of various gods on the top and have the pinnacle at the bottom.

The three chariots (khat) are taken out from Kotal Tole, Nyalma Tole and Bhimsen Tole and are worshipped by the priests before circling Hadigaun three times. Each khat represents Brahma, Vishnu and Maheswora, however, some believe that they represent the woman in labor, her child and her husband.

Each khat is rotated in a clockwise direction by a man sitting at its base while the chariots make a round of Hadigaun. The jatra is believed to invite protection and prosperity to the local inhabitants. The chariots are then left on the streets for the worshippers to pray and are gradually dismantled to be taken out next year, once the rounds are completed.

The locals of Hadigaun celebrate the festival amid much enthusiasm, feasts and cultural dances. 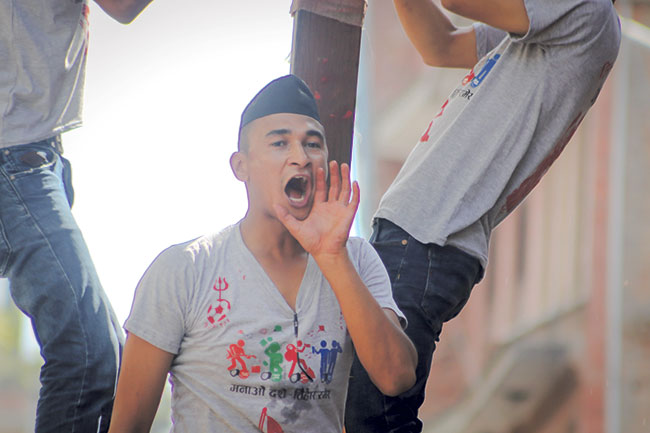 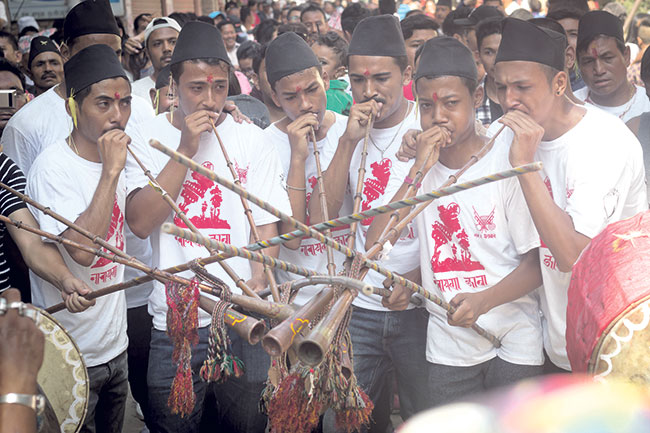 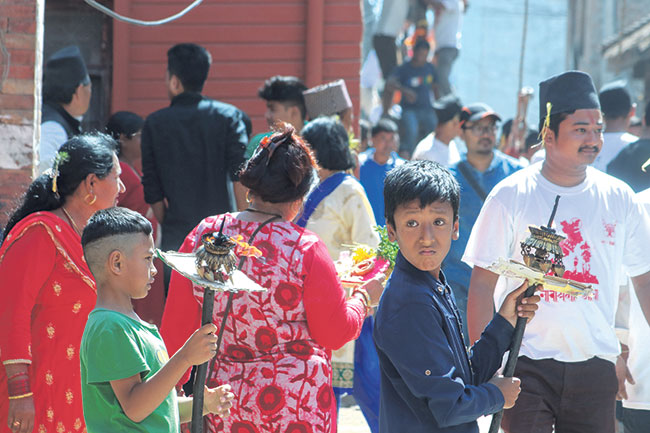 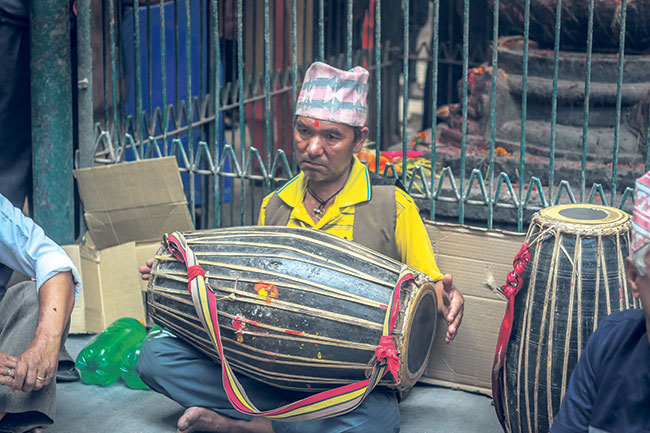 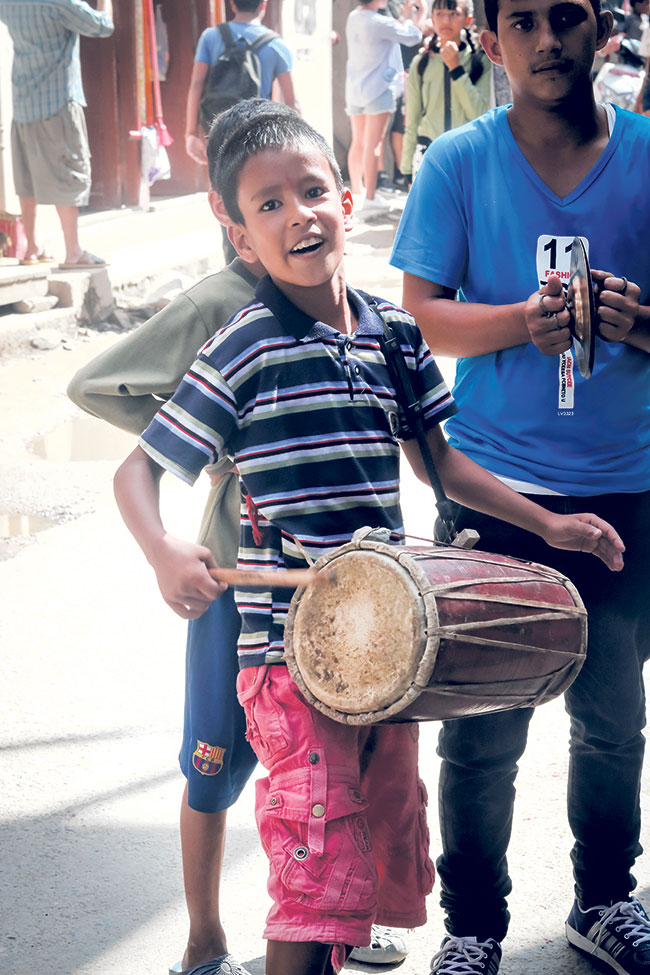