My journey back to Nepal

Living in the United States was one of the best experiences of my life. Not only did I learn a lot about life, but I also had the opportunity to meet people I never thought would cross my path –people I've admired from afar, and people I didn't even know existed. Though I adore my US experience, reminiscing about my home always tugged my heartstrings, and found myself looking forward to the time when I would finally touch down on familiar soil once again.

I felt an overwhelming feeling of anxiety when I felt the wheels tucked into the plane and I watched the United States of America's topography got smaller and smaller.

The 32-hour-long flight was a rollercoaster of emotions. But when I saw the snow-peak mountains through the airplane window welcoming me, I was grinning ear to ear. Tears welled in my eyes and a joy in my heart took over my body.

Thought I had limited knowledge about Nepal, and most of it was based on the experiences of others, I was prepared to encounter the out-of-control traffic and bumpy roads. However, I wasn't prepared to see young kids rolling in the gutter, high on glue with no hope.

What I saw changed my life; it put me in a place that forced me to care for issues that were bigger than mine. At that moment, I made a decision to work to find a solution to the prevalent problems.

I realized you could never understand poverty by spending a few days with poor people and living in rich countries; we have no idea what extreme poverty is like. So I decided to join Teach For Nepal, a movement of young graduates who are working tirelessly to end education inequity in Nepal.

For these kids, the only ambition they have is to go to a Qatar to bear the brunt of their World Cup ambitions. These children have never had a role model and the negative belief and self-doubt about their ability have been holding them back. Imagine a student waking up in the golden hour of the morning to support their family.

I want you to join me to prove these kids that anything is possible. If you set your heart to it and for this to happen, we need you to join the movement of young leaders and change our beautiful nation.

The Nepali diaspora living in different countries abroad are welcome to write about experiences of the cities that they inhabit for our column ‘Citylogue’. Send submissions to mycity@myrepublica.com with the subject-line ‘Citylogue’. 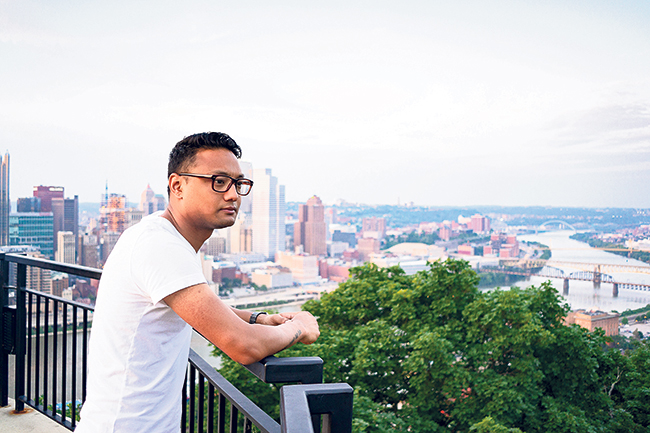