Since August, singer Sushant KC has been appointed the brand ambassador of Somersby Apple Cider for a year. And Somersby organized an event titled ‘Sing with Sushant’ on Saturday at Calm Restaurant and Bar, Tangal Marg.

A total of 50 lucky winners were chosen from Facebook contest as per a press statement released by Gorkha Brewery Pvt Ltd. The winners were then invited in the event along with a friend as a special guest, for the Somersby event where they could get up close with Sushant. In addition to that they were provided with food and Somersby.

The event began with Sushant singing to ‘Mayama’ and ‘Gulabi’ where he sang nine of his back to back hit songs and surprised his fans by dropping the song ‘Rageen’ from his album that is likely to release very soon.

“The crowd who were enjoying the event made us feel the success of the program. As this was Sushant’s first live performance after his trip back from Australia, hearing the cheers from the crowd made us feel like it was a mini concert,” said Rojan Amatya, Marketing Manager of Gorkha Brewery Pvt Ltd.

The press statement added that the event is also supposed to run in the month of August in different cities including— Pokhara, Narayanghat, Dharan and Butwal. 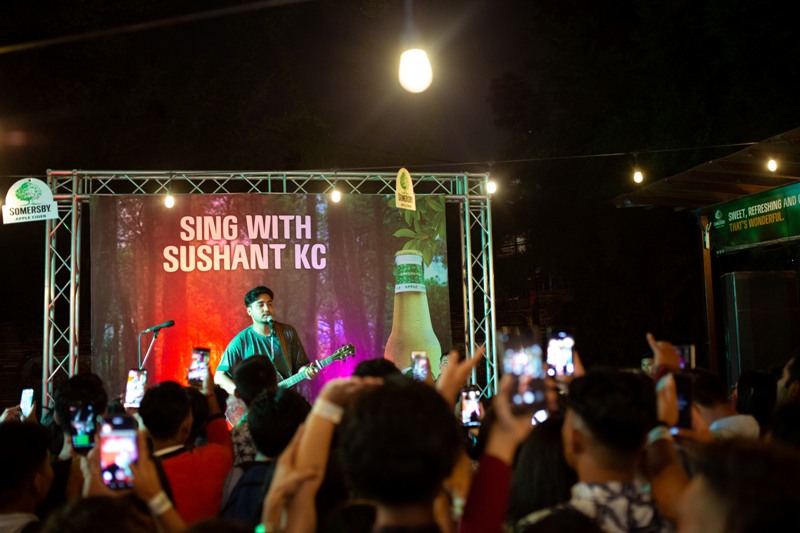