Big B thanks fans for concern over his health

Michael B. Jordan and Lori Harvey Make It Instagram Official

Hearts were left shattered across the world recently as Lori Harvey and Michael B. Jordan each confirmed their relationship on Instagram. 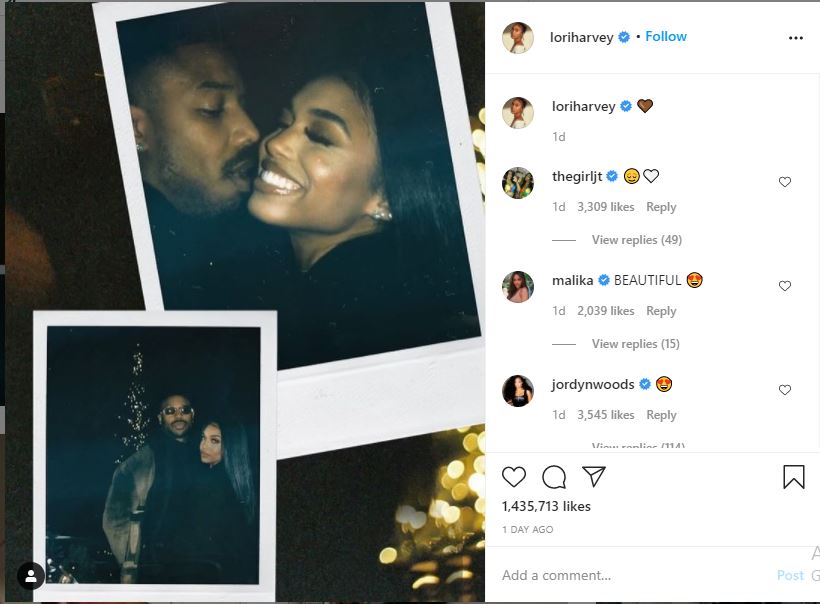 Sorry if you were ready to be Mrs. People’s Sexiest Man or saw yourself as Lori Harvey’s next vacation bae — the couple looks cozy as can be in their first public pics. Jordan, 33, posted two backlit portraits of them smiling at one another, no caption necessary.

Harvey, the 23-year-old daughter of TV personality Steve Harvey, posted a snap of two film photos from the same moment, one where Jordan kisses her on the cheek and one of them in front of a Christmas tree. We want the Lifetime Original Movie and we want it now.

The Creed actor and socialite were previously photographed together during the holidays. On December 30, The Sun spotted them stepping off of a plane in Salt Lake City, where they both posted videos and photos on Instagram. In November, just before Thanksgiving, they were seen arriving in Atlanta, Harvey’s hometown, in photos shared by TMZ. Lori Harvey was previously romantically linked to Future and Sean “Diddy” Combs, and Michael B. Jordan is notorious for flirting with all of America. It’s about time someone made an honest man of him.