Srijana College of Fine Arts hosted the event, where the chief of Kathmandu Metropolitan City, Vidya Sundar Shakya released the book and expressed his views on art and culture on the occasion.

Shakya stated that it was necessary to transform the current environment into an arts and culture friendly one. Sangeeta Thapa, director of Siddhartha Art gallery, commented on the book, stating that the book explores various aspects of Nepali art.

In addition, Thapa expressed her views on the 38 palaces built during the Rana regime and that research should be done on art pieces found inside them. “The book is a guideline for people who want to understand and explore Nepali art,” Thapa added.

Similarly, Professor Poonam RL Rana also commented on the book, praising its importance for getting useful information regarding Nepali arts and artists. Furthermore, she stated that the book was a good read and that it mentioned Nepali artists and even discussed traditional art.

“The book also mentioned that art was first made in cloth before it was practiced into paper and that artwork was first created for religious purposes but later turned into a business,” Thapa said.

Artist and writer of the book, Madan Chitrakar said that the book was published in order to enrich Nepali art and literature while also stating the lack of documentation of fine arts in the country.
“The book aims to introduce Nepali art and document its various dimensions,” Chitrakar added. In addition, he stated that the book also tries to cover different styles of art and already existing beliefs in Nepal.

According to the chairperson of Srijana College of Fine Arts, Mohan Shrestha, the book was published in order to enrich the Nepali art culture. Also, he stated that the college will continue to publish works surrounding the subjects of art in the future. As stated by the vice principal of the college, Navindra Man Rajbhandari, the book couldn’t have been published at a better time as there are very few art publications in Nepal.

The published book is said to be very useful for artists, art enthusiasts, history students and art students, among others. As the book is written in English, it helps to understand various styles of movements, ideas, traditions while also discussing the work of new and old generations of artists. 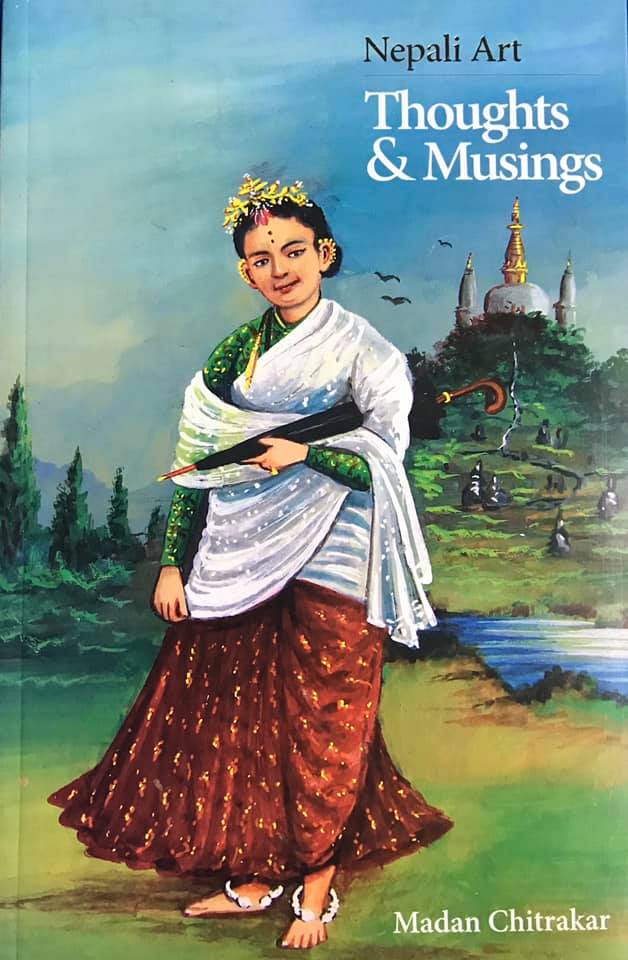