“Globalization is melting the culture and tradition of our nation, similar to what global warming is doing to our environment. Our identity will be completely wiped out if we fail to realize this and educate ourselves. And the characters that I have represented this time in my artworks are those individuals, or of a generation the mainstream citizens do not pay much attention to and yet, it is these very individuals who are somehow preserving our characteristics and our ethnic diversity for the time being without our acknowledgement,” explains artist Mann Gurung about his second solo exhibition “Lost in Transition.”

The exhibition concludes today which is on display at Siddhartha Art Gallery, Baber Mahal Revisited. Recipient of Himalayan Light Art in 2018 and more, Gurung completed his MFA in Classical Realism and the very essence of classical realism is also present in his current exhibition.

According to Sangeeta Thapa, director/curator of Siddhartha Art Gallery Gurung has depicted elders in his paintings and these elders are among the last cultural retainers of the indigenous people of Nepal. Thus Gurung immortalizes them in his canvases, in the style of the 19 th century photographers whose sepia prints inspired a generation of artists across the world. Using burnt umber and raw umber as his base colors the artist painstakingly etched in every wrinkle and furrow of their face. Juxtaposed against their portraits, Gurung paints objects that link his subjects to their culture –the dhyangro or drum used by shamans, the swords used by a marital community and more. 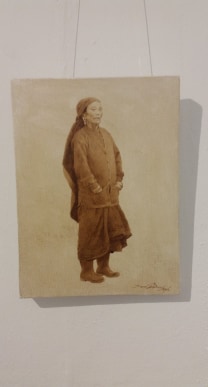 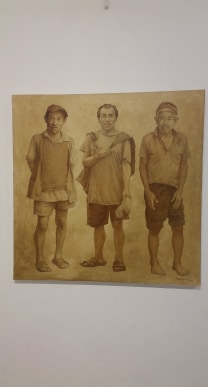 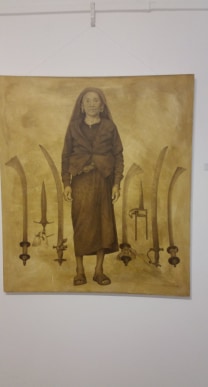 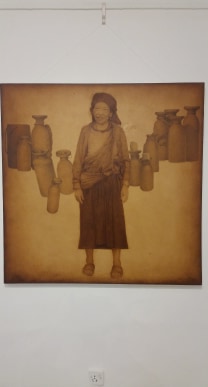 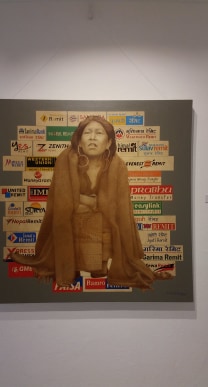 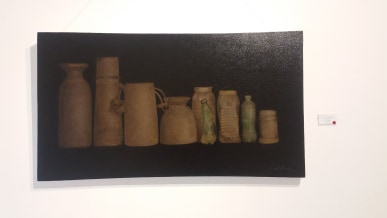 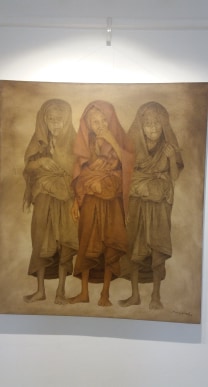