A quick trip to Kalapani

Attempt to pin Timbu Pokhari as a tourist destination

KATHMANDU, Jan 18: Nepalis, especially youngsters, these days have started traveling to various places inside the country to spend their holidays and unwind. Meanwhile, Sadhutar of Ranitar in Panchthar has been witnessing an influx of domestic tourists of late from Phidim and other local areas.

A serene blue pond surrounded by bare hills has become a hotspot for the local people to enjoy the reflection of Himalayan ranges, including Kanchajunga and Kumbhakarna, among others. People enjoy taking photos of the beautiful scenery while having some snacks under the warm sun by the side of the pond in Sadhutar. According to a local resident Nimon Thakocha, more people visit the area on Saturdays as compared to other weekdays.

Sadhutar lies near from Pauwa Bhajyang along the Mechi Highway and an improved road condition has also contributed to its increased popularity. The locals said though the pond had been there for many years, it became well-known after the Department of Water Supply deposited water in the pond. Sher Bhadhur Nemang, ward chairperson of Sadhutar, said the area was getting promoted through the photos uploaded on social media platforms by the visitors. 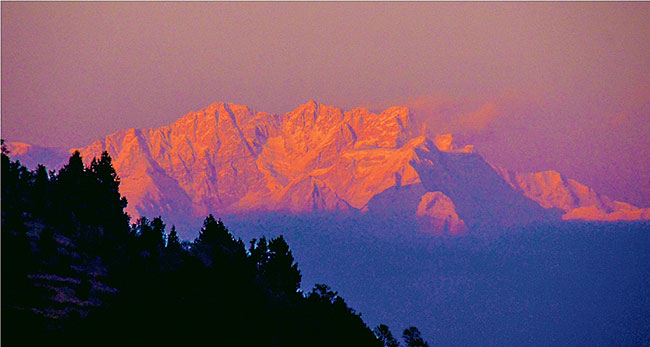 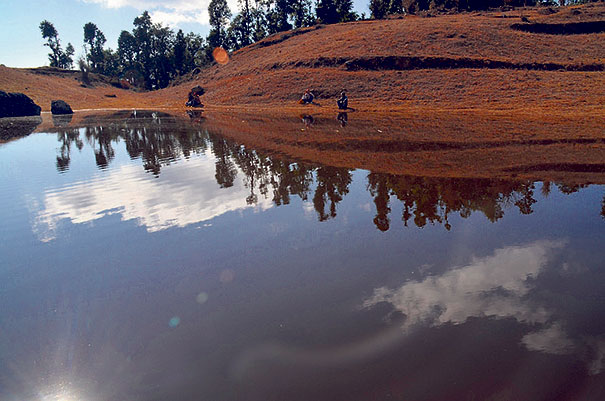 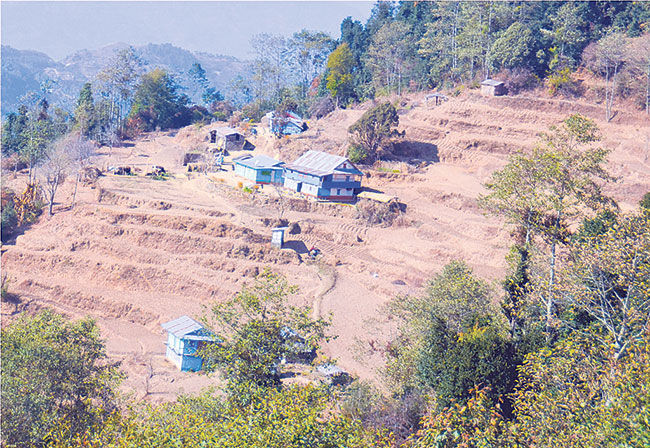