KATHMANDU, Nov 19: Can you imagine frantically rushing a kilometer just to use a toilet every day? This is the reality that 40-year-old Rita Shahi, a resident of Bhimukteshwor near Bishnumati bridge, Teku, has been facing for the past eight years now. When she feels the nature’s call, getting to the nearest toilet seeks solution to a tough challenge for the day. “Whenever possible, I rush to one of the public toilets nearby. At other times, toilets at the vegetable market in Kalimati serve to my needs of urgency.

The chaotic situation rose in the community after the local municipality demolished closely aligned public toilets about seven years ago to keep up the rubbles piled up till date. “Since it is a government property we are living at, they have the authority to do whatever they deem fit,” adds Shahi.

World Toilet Day, 2018 is observed under the theme ‘When Nature Calls, We Need a Toilet’. As the campaign is gaining momentum globally, UN Water estimates 4.5 billion live without a safe toilet while 892 million practice open defecation. 62.5 percent of people around the world don’t have access to safe sanitation and 1.8 billion people use a drinking water source that could be contaminated with faeces. In order to combating these life threatening problems, Sustainable Development Goals’ Goal 6 ‘Clean Water and Sanitation’ targets on ending open defecation and achieving adequate and equitable sanitation and hygiene for all.

One need not necessarily travel far away in remote areas to picture the problematic situations of toilets and sanitation in Nepal. An observatory peek into the nooks and corners of the capital reflects the direst of sanitation situations that we mostly seem to anticipate in the remote areas of the country. The history with sanitation movements of Nepal closely links us to the Sanitation and Hygiene Master Plan, 2011 adopted by the Government of Nepal. The plan announced to declare Nepal an Open Defecation Free (ODF) zone by 2017. However, up till now, 60 districts have so far gained an ODF status with Nuwakot being the latest to inclusion in June, 2018.

“The master plan was not met by 2017, having the earthquake, blockade and national election given more priority. We then had a target to complete the due works by 2018. This too is facing further hindrances as the country has entered to a federal structure now,” says Devendra Jha, Head of Environment and Sanitation Section at the Department of Water Supply and Sewerage. “A budget of Rs. 310 million is allocated for water and sanitation for 753 the governments at local levels for now. We are looking forward to meeting the ODF targets at Dolkha, Bhojpur, Rupandehi,” adds Jha.

A total of 60 districts have so far struggled to gain ODF states. However, numerous questions and concerns circulate on whether declaring ODF zones would suffice to ensure proper sanitation and hygiene. “Declaring a district free from open defecation is only a first move to sanitization through constructing enough number of toilets. Open defecation means the pathogens from faeces can easily contaminate the soil, water and food inflicting people with water-borne disease that are highly fatal,’ states Bipin Dangol, Executive Director at ENPHO (Environment and Public Health Organization).

“Gaining ODF state means it only restricts people from defecating on open spaces. The risk of contamination is intact despite enough number of toilets built unless the drainage system is examined. Therefore, the idea of proper drainage and faecal sludge management being an eco-friendly practice is the urging need of the country,” adds Dangol.

Toilets in public areas in the valley face similar plight. The lesser the toilets are managed, the higher will it compromise on the sanitation and better hygiene of people.

“Post-ODF is what we should properly plan to meet the national goal in a full-fledged manner. Many remote areas have toilets now but the safe disposal of human waste is the challenge here. Proper awareness and sensitization seems the key to mitigate the barriers at a personal level. For instance, washing hands before and after every toilet use and breaking the social stigma could be rewarding,” asserts Preeti Karki, WASH Specialist.

The hurdles have heightened as the local government is now liable to hold allocated budget and tasks of various districts accordingly. In such cases, the local representatives shall be fully aware of the plans and procurements that fall under their work jurisdiction. “In remote areas, positive behavioral change leads to implementing the safety toilet habits. Since mediators have such huge impact upon sensitizing the locals, the training on capacity building to local representatives and stakeholders is the need of the hour, adds Karki.

Whenever safe toilets are discussed, the water sources are well prosecuted. As the level of sanitation is detected by the purity of water resources and vice-versa, the safety management procedures shall be highly scrutinized. The absence of proper drainage system pours tons of solid waste materials and sewage into the rivers flowing into the cities. “The irony of Bagmati Cleaning Campaign is that we have been pacifying our hearts by getting the river banks rid of solid wastes at a surface level. This practice merely serves false solutions to our mutual problems,” expressed Dangol.

However, inquiring on the long term solutions for river cleaning campaigns, Jha affirms, “The long awaited Melamchi Drinking Water project seems hopeful to cleanse the pollutants from the river vicinity”. 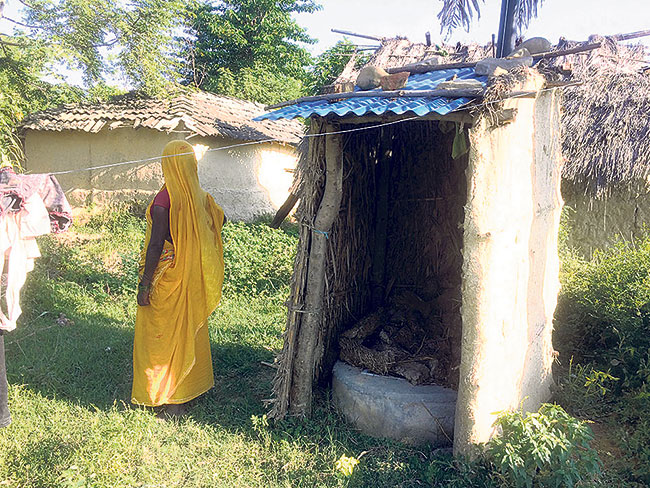 KLL to launch Toilet Mapping Initiative
KATHMANDU, Nov 19: Kathmandu, a city of 4.5 million people, has only 84 public toilets. That results in over 50,000 people using one public toilet in the Valley. Even in situations where public toilets may be within reach, it is difficult for people to know where they are located. And on this World Toilet Day, Kathmandu Living Labs (KLL)  is launching the Toilet Mapping Initiative (TMI). The initiative intends to solve this two-fold problem by mapping public toilets to enable access to general people and encouraging restaurants and public spaces to open up their toilets to the general public to resolve the lack thereof as per a press statement released by KLL.

It added that TMI was piloted on October 30, 2018. In its initial stage, the KLL team mapped public toilets and also posted the initiative on Facebook to encourage their social network to map. The pilot project increased the number of public toilets mapped in Kathmandu valley from 77 to 153 within a week. This positive result led to start the initiative officially, as per the press statement.

This initiative has started to bring in technology to work on issues of civic engagement where KLL’s experience will be helpful in mapping and training people to map in OpenStreetMap. Moreover, to commemorate World Toilet Day, 2018, KLL is launching an online platform. Users can log on to http://tmi.klldev.org/ and join the mission to map toilet around Kathmandu valley, the press statement read.