Music, food and much more at Pokhara Street Festival

‘Lilaram’ amid herds of sheep

The Lake City is planning to ban unnecessary use of horn in the city area from July 16. The ‘No Horn Program’ is being launched with the collaborative effort of Pokhara-Lekhnath Municipality and Traffic Police.

According to the Traffic Police, the main reason behind the ‘No Horn Program’ is to prevent sound pollution. Department Head of Pokhara Traffic Police, Bishwa Raj Adhikari, said an all-party meeting held to improve traffic management in the metropolitan had agreed to ban the use of horn.

“Pokhara is a touristic city, so it important to keep this city pollution-free. Unnecessary honking by drivers and bike riders add to the city’s sound pollution. We are hopeful that the ‘no horn’ rule will bring some peace around Pokhara’s market place,” said Adhikari.

The traffic police in Kathmandu had implemented the ‘no horn’ rule on April 14.
“The horn ban will be implemented in Pokhara from July 16, and this will be first phase to test if it is helping to reduce noise pollution,” said the newly elected Mayor of Pokhara Lekhnath Metropolitan city, Man Bahadur GC.

“We are only banning unnecessary horn honking. We understand that sometimes honking horn become necessary, and unavoidable. So, such cases can be excused,” added GC.
“Honking is allowed in roads that have multiple and blind turnings. But we have no such turnings in the city. Our objective is to stop over-speeding and reckless honking so as to prevent any untoward incidents,” said Adhikari.

“This could be one of the ways to turn Pokhara into a clean and peaceful city. We want the drivers to be decent. We have been warning those who honk unnecessarily and try to overtake other vehicles,” he added.

Moreover, vehicles that roam around the city with announcements on loudspeakers and microphones have also been banned, as per GC. “The use of loudspeakers for personal welfare is also banned from now onwards. We will turn the metropolitan city into a loudspeaker and microphone-free zone as these equipment tend to increase noise pollution. Stringent action will be taken against anyone found breaching these rules,” stated the Mayor.

Pokhara-Lekhnath Metropolitan city has decided to put up hoarding boards related to the ‘no horn’ rule in more than a hundred places. According to Adhikari, the hoarding boards will be placed before July 14 in various areas before announcing Pokhara as a ‘no horn zone’.

“We have been informing locals about the ‘no horn’ rule through various media outlets, while the municipal office has also helped in this regard,” said Adhikari.  Sign boards are being placed at main market areas to notify public about the new rule, and especially long route vehicles arriving in Pokhara, as per Adhikari.

He explained, “We are putting up ‘No Horn’ sign boards across the city, and pasting stickers that notify about the new rule in every bus and other vehicles in town. We also plan to involve in various awareness programs by the mid-July.”

Similarly, check posts with adequate number of traffic cops will be established at various places for surveillance, informed Adhikari, adding, “It will take at least a month for proper traffic management and full implementation of the ‘no horn’ policy.”

This rule will not be applicable for security workers, ambulances that carry patients and dead bodies, fire brigades or any other emergency vehicles. Violators will be slapped a fine of Rs 500, while repeat offenders will be fined additional amount. 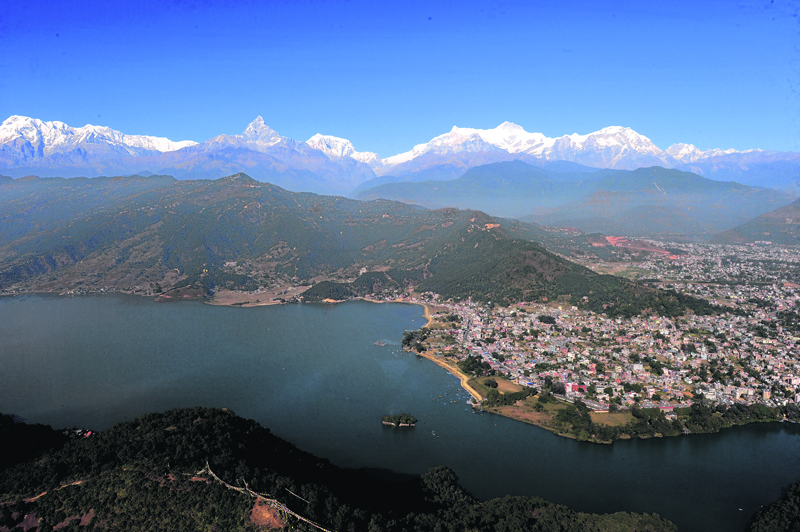 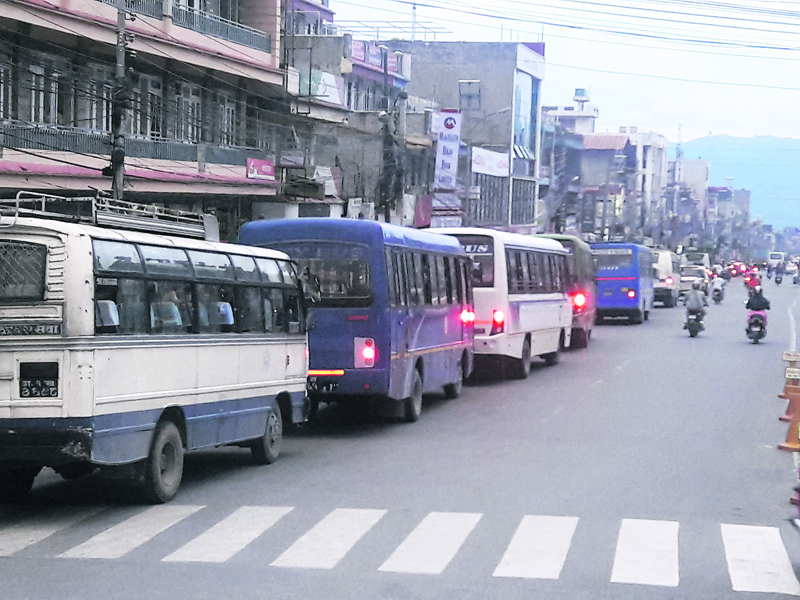