The above mentioned Nepali song reflects rural society in the western region of Nepal, where locals used to perform traditional songs and dance called Kaura. Kaura is a tradition of the Magar community. However, the charm and originality of Kaura has been depleting with time and changing culture. These days, Kaura is limited to certain cultural events and programs, lacking authenticity.

Kaura has its roots in the western region of Nepal, including Tanahu’s Rishing, Ghirising, Dhorbaraha, Syangja, Palpa, Nawalparasi, Gorkha and Kaski. Other than these areas, it is also practiced at Gandaki, Dhaulagiri, Lumbini zones. Besides the Magar community, Kaura is also performed by Gurung, Darai and Dura communities.

Though the tradition prevails in a large chunk of western Nepal, Kaura has been losing originality for want of efforts toward its conservation and promotion.

Talking about the authenticity of the Kaura performance, President of Sanskritikarmi Ewam Maulik Kaura Samrashyak Samiti, Harka Ale Magar informed, “The female Kaura dancers should be in odd number, starting from minimum three to maximum 13. Only unmarried women are allowed to participate in the performance, while both married and unmarried men can perform. Men should carry Khaijadi (traditional musical instrument).” According to him, only men are allowed to sing. However, even women are found singing in Kaura these days.

The word ‘Kaura’ was formed by distorting a Magar word ‘Kaanraha’ (we arrived). It is believed that young Magar people used to sing Kaura while fetching wood and grass in jungles to let others know that they were there.

Kaura is performed from mid-January to mid-February (Maghe Sankranti to Asare Purnima) during celebration of various festivities. Apart from that, it is also performed during marriage ceremony, rice feeding ceremony and naming ceremony, among other occasions.
One of the specialties of Kaura is that performers introduce themselves and ask about others’ well being through the means of songs. Moreover, it used to be a means of communication for lovers to know about each other in the past.

In Kaura, one verse is sung multiple times to create rhythm for the dancers. In the past, men who participate in Kaura used to wear Bhangra Kachhad (loin cloth) and traditional caps, while women used to wear velvet blouse, Ghalek, yellow colored bead necklace, patuka and a small handkerchief on their shoulder. The detailing is no longer taken care of as the tradition is modernized.

According to Dr Keshav Jung Baralmagar, former vice-chancellor of Pokhara University, though youngsters these days try to keep the Kaura tradition alive, its authenticity is lost with time. He added, “Nobody performs the original form of Kaura these days. It has been totally deformed due to commercialization and influence of western culture. So the authentic Kaura is limited to a few Magar people. ”

However, Sanskritikarmi Ewam Maulik Kaura Samrashyak Samiti is working to preserve the originality of Kaura. It has started to teach authentic form of Kaura to the younger generation, and has started to document the performance in audio-visual form.

Talking about the popularity of this form, culture expert Dr Kusumakar Nuepane shared, “Though Kaura was once on the verge of extinction, it is gradually gaining popularity even in city areas. So it should not be taken as distortion but as a progress in culture.” 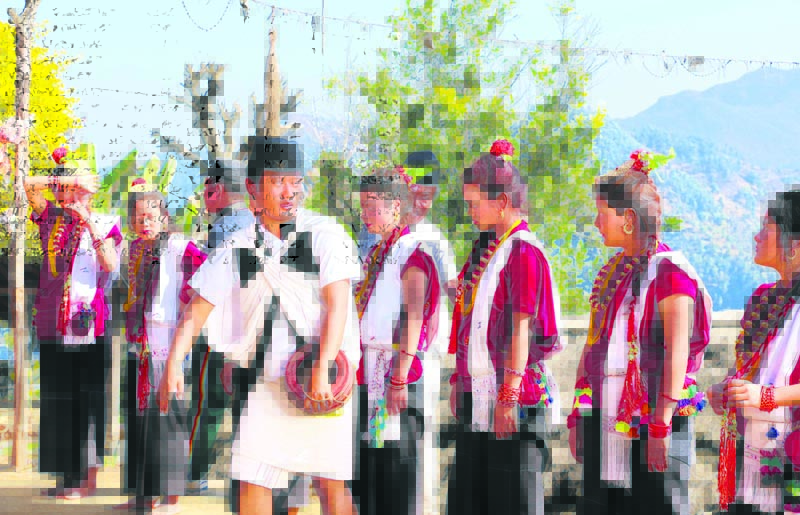