Women clad in traditional Magar dress that comprises gunyo choli, patuka, teki, hamle, yellow potey, and men with damfus (a popular Nepali instrument played mostly in the Himalayan region) and kartal (a pair of castanets) get ready to grove to the tunes of Kaura every evening in Chitre Bhanjyang of Syangja.

Some youths play khaichadi and sing kaanraha (Kaura) songs. Every evening, the youths of Syangja gather to unwind after a long day of work by singing and dancing Kaura. Not only the participants but the audiences can also dance to the tunes of Kaura. Syangja youths are being able to revive the dying culture of Kaura with the support from the locals.

These youths, who are student of plus two and bachelor’s level at various local educational institutions, are affiliated to the Indreni Yuwa Club. The Club has taken an initiation of teaching youngsters the age old traditional dance with the aim to protect the authenticity of Magar culture. “We do not dance only for entertainment. We aim to preserve our culture through these performances. Currently, the Club has a total of 20 members learning Kaura,” shared Amrita Thapa, secretary of Indreni Yuwa Club.

Kaura dance is believed to have been started by the Magar community at Rising Ranipokhari of Tanahun. It was originally called Kandraha dance and later came to be known as Kaura.

Kaura is performed in different parts of Syangja from Maghe Sankarnti to the Nepali month of Jesth. Other than these times, it is also performed when somebody has returned home from abroad and during festivals Dashain and Tihar as well as at threading ceremony, among others.

Hoards of Syangja youths leave the country for foreign employment every year. As a result, less number of youths can be found in the town. Moreover, the youths of the club are enthusiastic about performing Kaura rather than other modern forms of dance as the senior citizens are happy about their initiation.

Kaura dance is believed to have been started by the Magar community at Rising Ranipokhari of Tanahun. It was originally called Kandraha dance and later came to be known as Kaura.
To preserve this tradition, the youths are also involved in teaching kaura to school children. “We are focusing on teaching school students and we are happy that the young generation is keen to learn the tradition form of folk dance. However, most of our students leave the Club after getting married or to pursue their higher studies,” said local Kaura teacher, Rimbabu Ranamagar.

Karua is also one of the forms of courtship along with being a medium to share emotions and know each other in a better way. Moreover, this has become a way to socialize where not only people from the Magar community but from various other communities are welcomed to dance.
Though most youngsters are attracted toward western culture and they tend to neglect traditions, the youths of Syangja have marked an example with their initiative.

Kaura dancer Anu Rana said, “Today’s youths are versatile as they can dance in both traditional and western forms.” Youths between the ages of 16 to 30 years are involved with the Club for the conservation of Kaura dance. 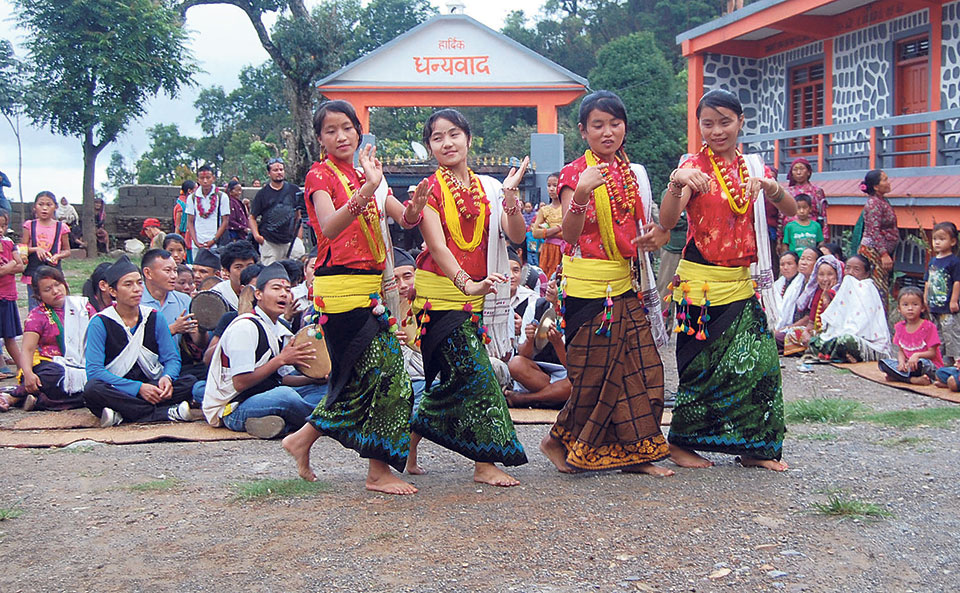 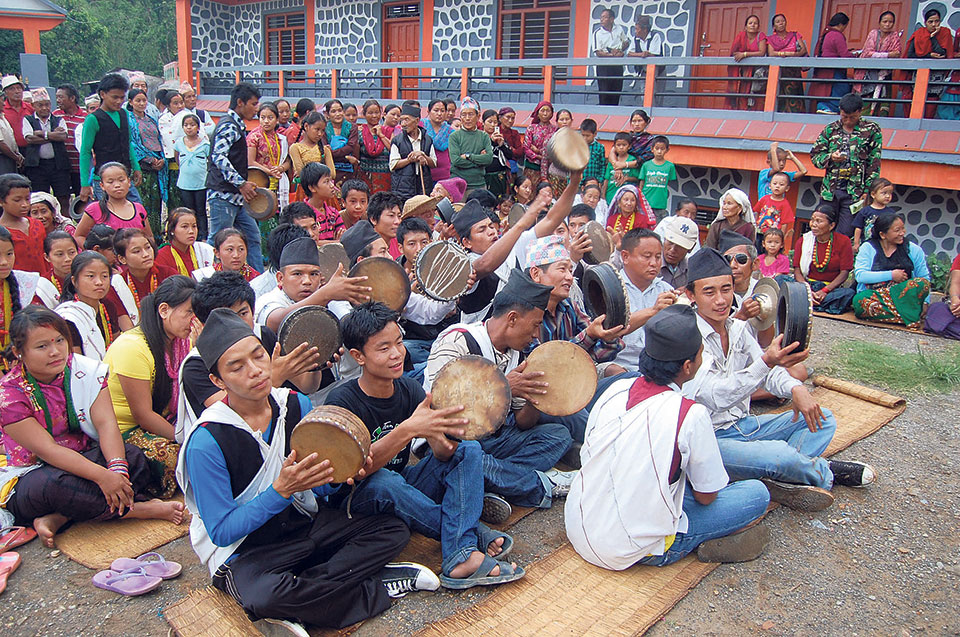 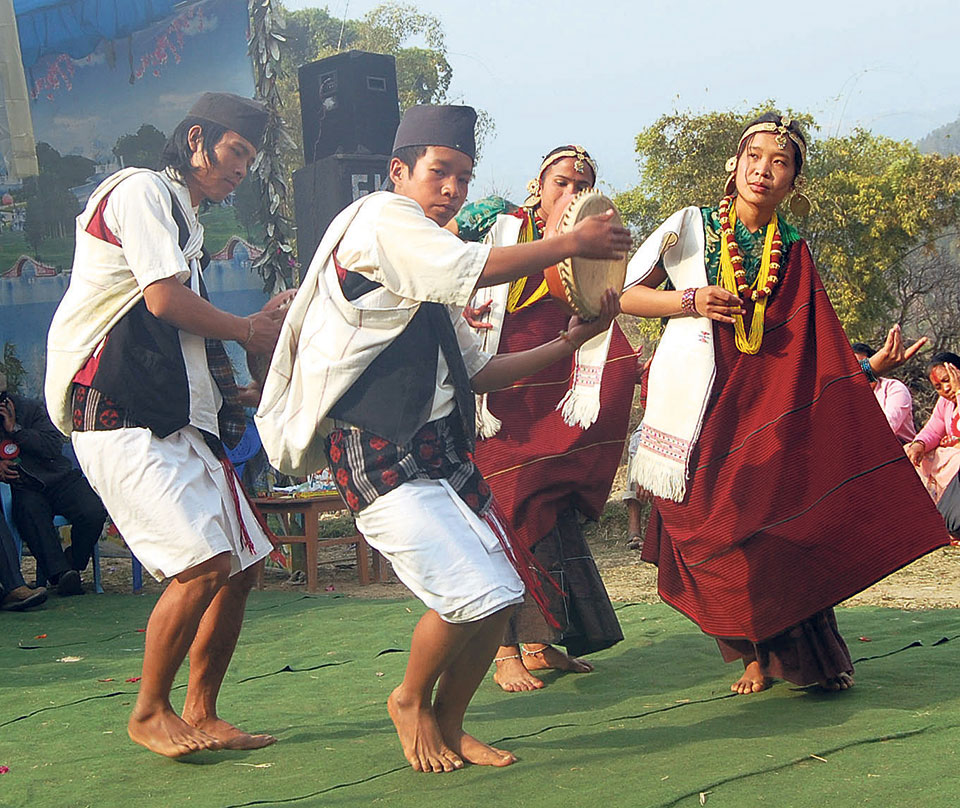