Artists in the making

An Amalgamation of Visibility and Vibration

Kathmandu and art: A sizzling affair

KATHMANDU, May 27: Art is a reflection of society. It is a means of documenting the experiences of the society as well as the human psyche and its manifestations. Art with its colors and motifs conveys what a man cannot do with words and sound. It ignites something within us, and no amount of destruction in the outside world can dim the fire inside and prevent man from creating. It is that final outcome, which may be as much tangible as it is not and may be as much seen as it is felt, that we call art.

Kathmandu is a melting pot of cultures and out of this pot, pop up colors that tell us different stories. With a constant influx of tourists and a positive change of perception in the society, the art scene in the capital and that of Nepal, generally, is blooming. From acceptance and understanding of art locally to the promotion of Nepali artists in the international art community, the scenario of art is undergoing a metamorphosis that can only take us to better times.

Art for the community
Art carries society forward, according to Sarita Dongol, curator of Newa Chen Art Gallery and Founder of Classic Art Gallery. She started her art journey in 1989 with a vision to make positive contributions to the society. Nearly 30 years later, she is persistently and passionately promoting contemporary art. She notes that the most significant changes in the art scene that have taken place in the past three decades are the development of art education in the country and an increased public interest toward art. She says that people have realized the aesthetic value of art even in terms of house decor. Where Newa Chen located in Patan Durbar Square, a UNESCO heritage site, targets high end tourists, Classic Gallery targets locals by selling art pieces at relatively cheaper rates.

In her initiative to promote art in the local community, Dongol runs Community Children Art School, established in 2007, in the Classic Gallery premises. She also promotes two post-graduate art degree holding students and women artists’ works at Newa Chen annually, with approximate funding of 60-70 thousand rupees, wherein the artists pay neither rent nor promotional charges. This gives them the push and pedestal they need at the very initial stages of their profession.

Dongol carries out various community projects, for instance, practicing art therapy, wherein she teaches painting to patients of mental illness. Her focus is now centered on the expansion of the art market and education in Nepal.

International space
Nepal Art Council, in the words of its curator Swosti Rajbhandari Kayastha, has been promoting artists and Nepali art. It helps bridge the once monumental gap between the Nepali art community and the rest of the world. The Council invests in exhibitions of Nepali artists and is also available for booking by international artists.

“We are trying to promote the artists of Nepal — not only in Nepal but at an international stage as well,” Kayastha said. Nepal has been represented by the Council at India Art Fair, the 6th largest of its kind in the world, for three years. In 2016, the central theme of the artwork by Nepal was that of the destruction and mental trauma caused by the earthquakes and the economic blockade imposed by India.

In 2017 and 2018, Nepal won special mentions as a must-visit stall by The New York Times and The Indian Express, respectively. Kayastha is all set to promote Nepali art dating from the 1950s to this day at the Welt Museum, Vienna in 2019. She is of the opinion that Nepali art is no less than the art of other countries.

Women in art
It was a moment of pride for the Nepali women when Ragini Upadhyay was appointed Chancellor of Nepal Academy of Fine Arts. Talking about her art passion, Upadhyay says, “I was born an artist and I would like to die as one.”

In her 40 years art career in Nepal, the most significant change that she has seen has been in the number of women involved in the art industry. She adds, “I took this job because it opens the way for other women to become a part of this field.” The hike in statistics is reflective of the empowerment of women in the Nepali society, according to her. Another great change, she notes, is the expansion of the number of art galleries in the city.

Sangeeta Thapa is a revolutionary name in the field of art in Nepal. She is the Director of Siddhartha Art Gallery, Baber Mahal Revisited. “The idea was to place Nepal on the international map,” says Thapa on her goal when she started the gallery. It appears she has morphed her vision into a reality. She believes that art reflects time and that the most powerful art works came to life when the country experienced socio-political turmoil during the civil war and after the 2015 earthquake.

New trends
A relatively new trend in the art scene for Kathmandu has been the use of cafes as a venue for exhibitions. Sagar KC, owner of Music Art Gallery Cafe, Jhamsikhel, brings together different forms of expression, from literature to music to art, to one physical location. He started his entrepreneurship with an art gallery and eventually added other aspects. Thapa recognizes the recent trend of using cafes as exhibition venues as something positive, because “there is a serious lack of venues”. Would we be wrong to note that there is too much art and not enough space? Maybe that is, indeed, the biggest proof of the capital’s bettering art scene, an evolution for the city to be a part of. 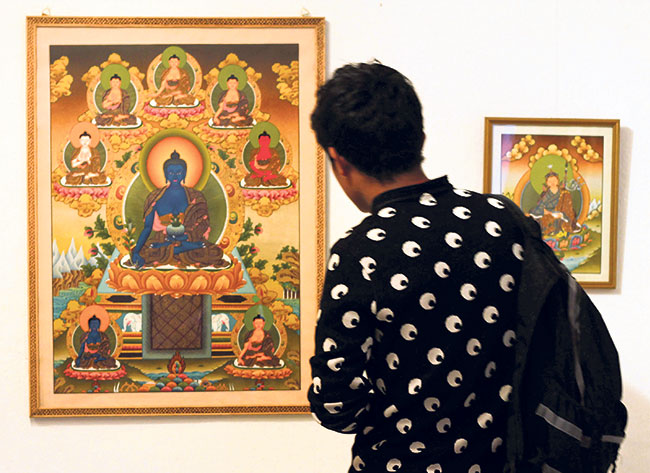 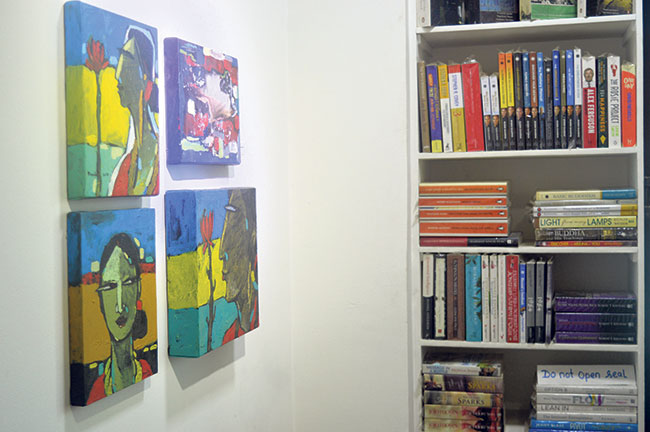 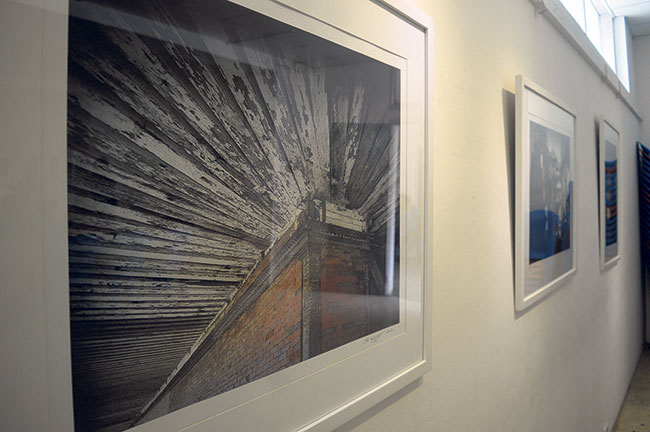 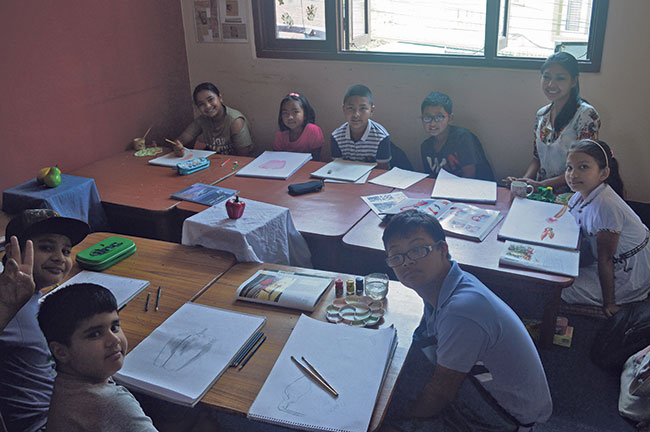