Vitamin B12 is linked with increase risk of lung cancer in male smokers; Know what this study says

Cancer: Having THIS blood type could mean a higher risk of pancreatic cancer

Kapil Sharma kickstarts Canada tour with his TKSS gang; says, 'Crew that laughs together, stays together' with new photos

Kapil Sharma is off to Canada for live shows with his TKSS gang which comprises popular faces like Krushna Abhishek, Kiku Sharda, Chandan Prabhakar and Sumona Chakravarti. The comedian has been posting fun photos of the team, wherein they can be seen enjoying themselves.

Kapil's new post sees all of them laughing their hearts out amid a scenic backdrop. All of them are dressed in smart casuals. Kapil captioned the post as, "Crew that laughs together stays together."
Even Kiku shared a fun video from the airport where he can be seen dancing with Krushna and Rajiv Thakur. He wrote, "Matargashti at airport #enroutecanada." 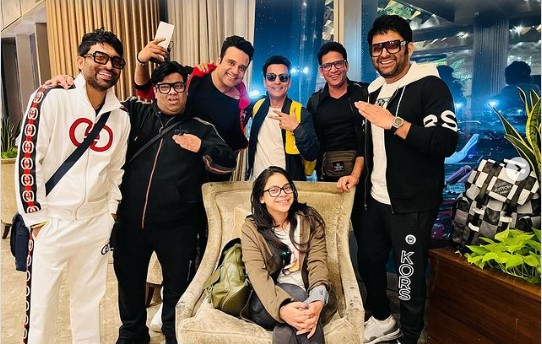 Kapil had earlier also shared a post wherein fans noticed Chandu Chai Wala aka Chandan Prabhakar's expensive joggers. They praised him for looking good besides joking how 'Chai Wala' is doing well in his life.

The Kapil Sharma Show went off-air earlier this month. It is expected to return to the small screen in mid-September.

The show has been replaced by India's laughter Champion Laughter which sees Archana Puran Singh and Shekhar Suman as co-judges. Archana, who was seen as a permanent guest on TKSS, is not part of Kapil's summer tour in Canada.

Vitamin B12 is linked with increase risk of lung cancer in male smokers; Know what this study says