On a Friday night at a downtown Tokyo television studio, 12 teen models with cutesy nicknames like Ayamin and Kyokyo are waiting nervously to find out who has won coveted spots on the cover of Popteen magazine, a Japanese fashion bible.

The girls, sporting a range of trendy styles, are the stars of 'Popteen Cover Girl War,' a hit show from internet upstart AbemaTV that may signal a new direction for Japanese television.

Eschewing the pricy serials and star-studded films that have helped companies like Netflix upend the traditional TV business in the US, AbemaTV is betting on a low-budget, reality-based fare with colorful graphics, relatable young faces and a relentless focus on generating social media buzz.

The approach has pulled in millions of young viewers, convincing some advertisers and industry analysts that AbemaTV has found a lucrative new model. “It’s a generation used to rapidly processing information,” Tatsuhiko Taniguchi, head of AbemaTV, said of his young viewers. Dramas are put together “as if we are stuffing in twice the amount of screenplay,” he added.

Japan’s traditional broadcasters, boxed in by government regulations and concerned about upsetting their regional stations, have mostly left the internet field clear for upstarts like AbemaTV and foreign players like Netflix and Amazon.com.

Yet AbemaTV remains an unproven bet for its biggest backer, online ad agency CyberAgent, which launched the network three years ago with TV Asahi. CyberAgent spent 20 billion yen ($179.73 million) on the venture in the fiscal year that ended in September, much of that on programming, against revenues of just 6 billion yen.

CyberAgent’s stock price is down 40 percent from last July’s all-time high at a time when it's advertising and gaming units are also under pressure. And the overseas players continue to make inroads: In addition to subtitling their large back catalogs, they are offering a growing library of local-language content such as Netflix’s 'Terrace House.'

But CyberAgent founder and CEO Susumu Fujita, who at age 26 became the youngest CEO ever to take a company public in Japan, remains confident. “We are not rushing to reach profitability,” said Fujita, 45, who estimates that revenue will double this year on the same amount of spending.

AbemaTV has around 8 million viewers each week. Goldman Sachs analyst Masaru Sugiyama sees the venture turning profitable next year and hitting 164 billion yen in revenue in 2024.

With big consumer brands looking for online advertising opportunities, “there’s a huge need for professional content on the internet, but there is a scarcity of that, especially in Japan,” Sugiyama said.

HIT MACHINE
AbemaTV viewers can watch about 25 ad-supported channels showing everything from 24-hour news to anime to Korean dramas to fishing via an app or in a browser. Along with an ad-supported catch-up service for recently aired shows, for more hardcore fans there is also a 960-yen-per-month service providing access to every show AbemaTV has aired.

AbemaTV hits include a variety show featuring former members of Japan’s once-biggest boy band, SMAP, and a dating show in which the female contestants and viewers try to identify which of the male contestants is a “wolf” lying to gain their affections.

During the run of “Popteen,” its stars inspired fierce loyalties among fans on social media as they completed tasks like been photographed while being splattered with goo, with their final ranking partly determined by viewer votes.

“In the end, those who revealed their weak side got cheered on more than the girls who were perfectly cute,” said Airi Tsukioka, a producer on the show. Social media reaction informed the direction the show took, she said.

DIGITAL INTERFERENCE
AbemaTV traces its roots to Fujita’s participation from 2013 in discussions on the future of TV Asahi’s programming. One central question was how to meet the threat from foreign players like Netflix and Amazon Prime.

Fujita’s answer was AbemaTV. TV Asahi holds a 37 percent stake, helping reduce the burden on CyberAgent. AbemaTV gained another vote of confidence in October when it won the backing of two of Cyberagent’s rivals, Dentsu and Hakuhodo DY Holdings, which have taken 5 percent and 3 percent stakes respectively.

The investment brings on board two players who between them control a big chunk of Japan’s ad market and could help drive big brands to the platform. Dentsu figures released last month showed that in 2018 internet spending grew 17 percent compared to a year earlier. TV spending shrank by almost 2 percent. “We want to support the growth of new media,” said Arinobu Soga, Dentsu’s chief financial officer. 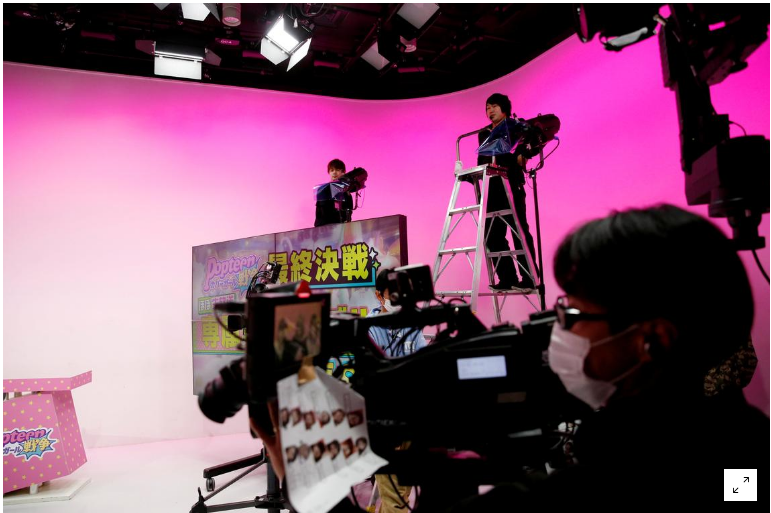 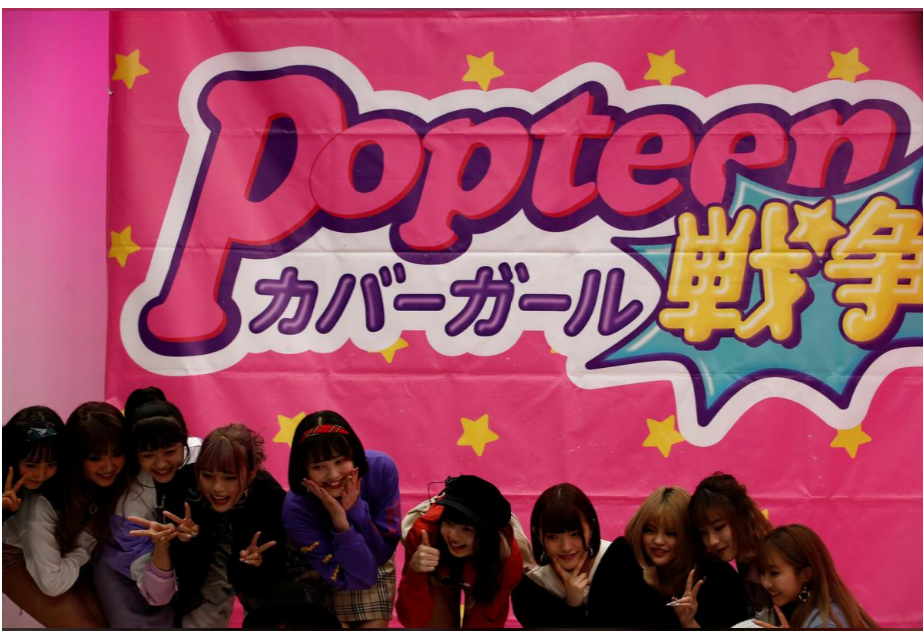