The great annual chariot procession of Janabhaa Dyo began on Saturday. Every year this festival is celebrated on Chaitra Asthami. This benevolent deity is also known as Karunamaya Avalokiteśvara and Seto Machindranath. Both Hindu and Buddhist devotees revere this deity for bestowing them with kindness and prosperity. The chariot pulling festival is usually celebrated for three days and the chariot is stopped at three different places — Asan, Hanuman Dhoka and Lagan. 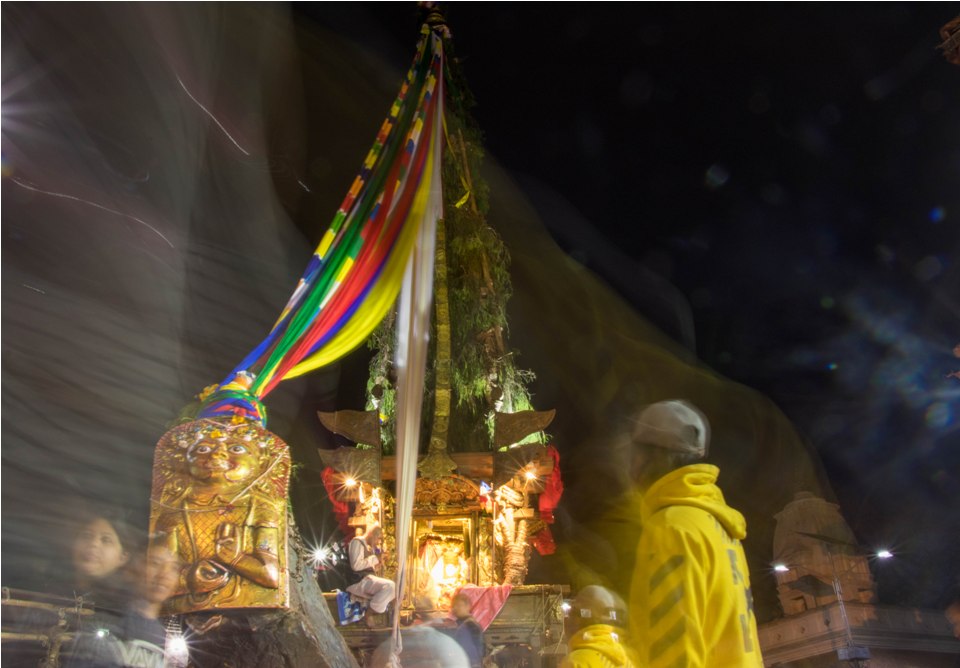 One of the oldest priests is Thakuli Guruji and 86-year-old Devananda Bajracharya is the existing Thakuli Guruji. On the first day of the festival, the deity in Machindranath Bahal is taken in a khat (palanquin) by eight priests and the deity is placed in the decorated chariot. Then, the procession begins from Tindhara (Durbar Marg) and is pulled toward Asan. Priests do not eat anything on the first day until the chariot is brought up to Asan. Before that barber shaves their head around 9 am and they prepare Khat. After that they take bath and they get dressed in white. Nobody is allowed to touch them after that.

Every year the priests get their head shaved by the barber who are from Napit caste. This year 45-year-old Abimanyu Napit shaved their head and beard. His family is doing this every year for more than 20 years now. Likewise, on the second day, the chariot is pulled from Asan to Hanuman Dhoka which is rested for the night. And on the third day, the chariot is pulled toward Lagan. At Lagan, there is a temple dedicated to the deity’s mother. And as the chariot reaches here, it takes three-round circle of the temple and stays for the night.

Moreover, it is believed that this festival is celebrated especially for those people who are sick and disabled, as they might not be able to visit the deity’s place, Machindranath Bahal and pay their homage. Each and every person from chariot makers to the barbers holds their own role in the festival that has been doing their work from generations. Chariot builders are from Tukum Bahal this year and people from Maharjan Clan known as Jammami also are the part of the festival. According to the legends of Seto Machindranath it was the Maharjan who found the idol of Seto Machindranath at Jamal. So it is believed that the rituals performed for the deity Seto Machindranath is incomplete without a Jammami. And it is Jammami who rotates the deity’s umbrella behind the chariot during its procession. 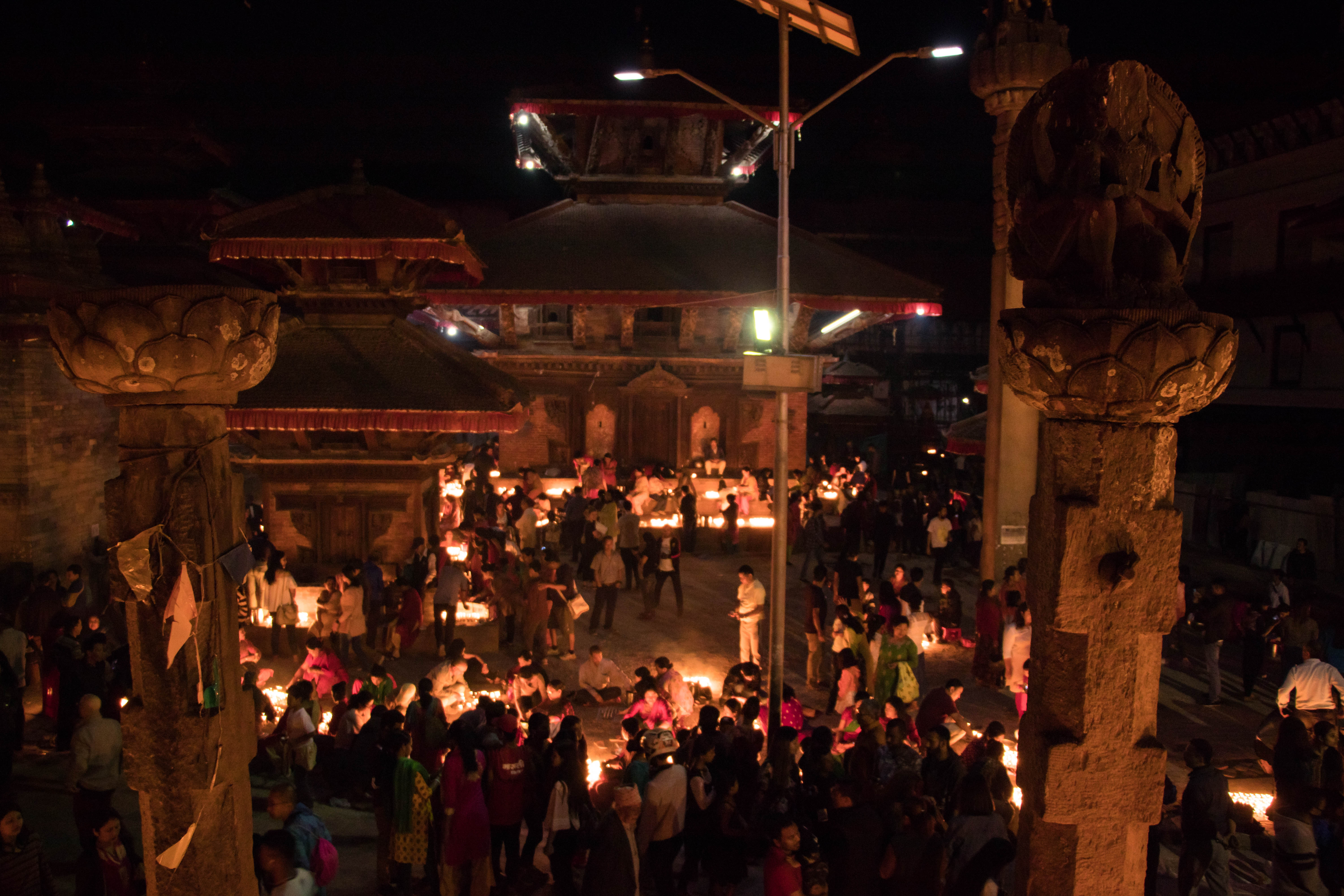 During the festival, devotees worship the deity with flowers, butter lamps and more. It is believed that if the devotees light around the chariot, it will make their dead family members’ path toward after life easy and comfortable.