Ritavrat Joshi is one of the emerging bass players in Nepal. He’s currently involved in Kamero, Space and his solo act, Lawpacks.

MyCity features Joshi on this week’s Instant Inquiry. Here’s what he had to say:

What is music for you?
I will not say the clichéd thing and go "Music is my life" but It definitely makes it worthwhile being here. Words and languages have their limitations while conveying human emotions at many levels. Music transcends that to some extent.

What do you want to do with your bass?
Show that it can be more than just rhythm and grooves. Not just following chords but all the while experimenting with different soundscapes.

If you could be any musician for a day, who would it be? Why?
Björk, maybe! Just to look at this world from her perspective. That head is full of quirks and ideas. Her sense of timing and melody has been epic even with her Sugarcubes days. 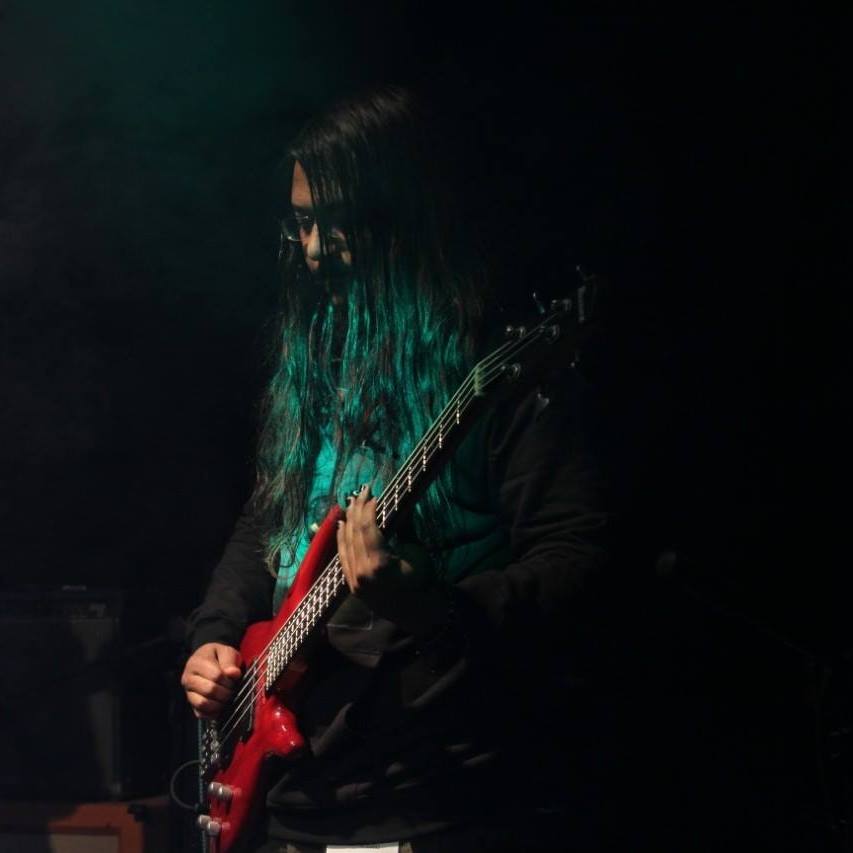 What do you do when you are alone at home?
Mostly, series and movies or producing some music. I work in short bursts musically but I cannot imagine playing any instrument all the time. Oh yeah, lately I have been revisiting all these classic games like ‘Prince of Persia’, ‘Max Payne’ and ‘GTAs’. All that nostalgia!

What’s your favorite jam?
I can't name one but Elliot Smith strikes a chord. Also, Bjork's ‘Vespertine’, Staind's ‘Break The Cycle’ and whole lots of Massive Attack these days. Pearl Jam's ‘Thumbing My Way’ does have a special place in my heart though.

If you could hang out with any musician, who would it be? Why?
Till Lindemann and the entire Rammstein lot. Just to see if I can get out alive. I’m a big fan of their live show, imagery, and lyrics. I bet they have a billion crazy stories and theories to tell.

You are associated with amazing Nepali bands. Why did you decide to go solo on Lawpacks?
I have always enjoyed industrial, electronics and experimental music. So, Lawpacks is just a fun ride to explore all of that. It’s fun to make music in ungodly hours and the freedom of a solo project is awesome.

Which is your favorite Nepali singer/band? Why?
I really used to be a big fan Atomic Bush and Karmavalanche. However, there is no particular favorite one but anything that's genuine has my love and support.

Any national artist you want to collaborate with?
I am open to any form of lyrical and musical collaborations. I have been lucky enough for being able to do that with some national gems per se.

Which international band do you want to be a part of?
Opeth would be cool. Or maybe, Deftones.

Dream concert to attend?
Glastonbury and Download. They always have amazing lineups.

What do you enjoy most about being a musician?
Definitely, the live experience and the listening habit that you develop of dissecting a song in every way. Nothing beats that rush.

What do you hate the most?
Genre warmongers, opinionated people who judge or pass comments without listening and the Facebook supporters who never show up at a gig. Anyway, hate is a strong word.

A lesson you learned as a musician?
It burns you out at times and it’s definitely isn’t cheap. But it's always important to remember your love for it and make sure it doesn't become mechanical.

What do you want to change about the industry?
More diversification, professionalism, record labels, venues, music festivals, and less Bollywood-ish movie songs.

Any messages you’d give to the people who want to rock?
It's not about who is the most theoretically sound, has the speed or anything specific at all. Play anything you feel and build on it. Music is a slow process. Let it sink in and just keep on keeping on. I hope I don't sound like a washed-up hippie (laughs).