Hyolmo has been working with Republica Online as junior correspondent since November 2019.

In love with Boudhanath (with photos)

The night was chilly. I was shivering. However, a warm feeling of devotion arose in my heart as I saw a lady helping a guy on her phone to get blessings from Boudhanath. The guy on the phone was probably in some foreign country.

These sorts of incidents allure me to Boudhanath every day and I never get tired of going there.

Strolling in circles of Boudhanath with thousands of other devotees and visitors from every walk of life with a different language, culture, and nationality sharing the same circle of Boudhanath always rejuvenates me. 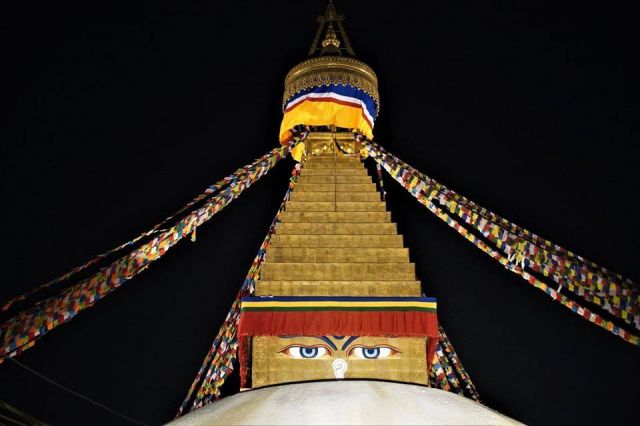 Besides, observing fluttering colorful prayer flags, wisdom eyes of Buddha, the fragrance of Tibetan incense and clacking sounds of spinning prayer wheels are what everyone loves about this sacred Boudha Stupa.

However for me, a river of people circumambulating with prayer mala ‘Franga’ and prayer wheel that turns round and round with flick of a wrist, flutter of pigeons flapping their wings and always that aloud soundtrack of ‘OM MANI PADME HUM’ coming out of every tiny shop is always intriguing. 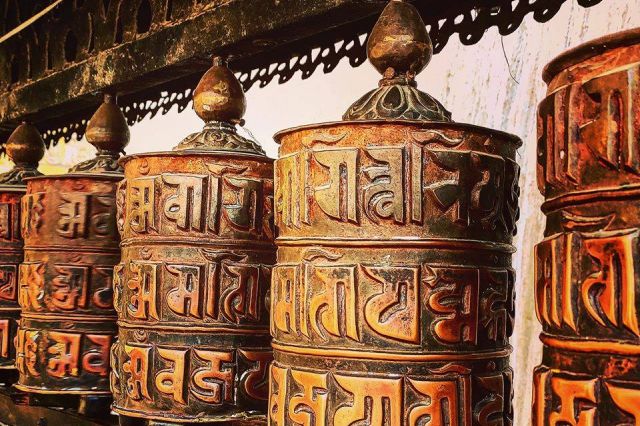 As a human, it’s natural to hate going round and round in circles. Circles are always disliked. But, circumambulating the holy Boudhanath is among a few places where people adore. It is believed that more you orbit this holy stupa more you get enlightened.

I do not know if people are going in circles around this Stupa in the same direction knowingly or unknowingly because it is very rare to witness someone in thousands going around Boudhanath in the opposite direction. I have experienced that no matter where you are from, which religion you follow or which ideology you practice, knowingly or unknowingly you will go around this circle in the same direction with hundreds of others doing the same.

Indeed, be it religious, cultural or lingual at least in Circles of Boudhanath, there is this tolerance amid people

Boudhanath is a real embodiment of religious harmony. No matter what time I visit this holy place, I always embrace a warm feeling of spiritual well-being, enlightened and courage to go round and round in path of my life which disappoints me often.

Boudhanath is one of the places where I never get tired of visiting. I will always enjoy sitting in a corner observing hundreds and thousands of peoples going in circles, hoping to escape from this circular reality of life by taking refuge of Boudhanath Stupa.