I can see air in Kathmandu

Kathmandu once flaunted serenity. At present, the scenario has changed drastically. What once was known for its vibrant culture and lifestyle now carries an ill-reputation of being a dust adobe. The growing level of air pollution and effluences makes life in the capital difficult. Further, it’s common to find masks onto faces of the majority of the denizens while roaming the streets of Kathmandu. However, even with the precautionary measure, people are still prone to an array of respiratory ailments.

Activities like road expansion and water pipeline placement have contributed to the majority of toxins, leading to rise in air pollution in Kathmandu. Though heavily affected by the constant smug in the Kathmandu sky, it’s disheartening to see the concerned authorities not acting to maintain the air quality standards as prescribed by the WHO.

Ravi Shrestha, a Dillibazar resident, owns a Thangka shop in Basantpur. He shared his difficulties while commuting to his shop. He stated that the city contained high levels of environmental contamination. Backing his statement, several data show how polluted the city actually is. Numbeo’s study states that the capital is ranked the 7th most polluted city in the world.

Likewise, Suruchi Shrestha explained that the residents of her locality, Baneshwar, were prone to diseases caused by smoke and dust. She further added that the poisonous air resulted in eye-infections and complication in lungs. Citing the present condition of the city, experts have suggested shunning all the sports and physical activities. They further have urged the people to wear masks while in the streets.

However, Shrestha suggested initiating change from the individual level. She added, “To control dust in the environment, we can use water, and hope for the dust to settle for some time. To control the dust in our homes, we can use damp cloths to clean our houses rather than just dry-dusting with a broom. Vacuuming can also help bring the dust levels down indoors.”

As a preventive measure against Kathmandu’s air pollution, Patan Metropolitan Office has initiated a tree plantation campaign. The program aims to promote a greener Lalitpur, with a vision to provide a natural solution to the high level of air pollution in Kathmandu.

If you happen to enter Lalitpur via Thapathali, you will find camphor saplings on either side of the main road. Furthermore, to sustain growth, the metropolitan has chosen healthy plants standing at least six feet in height.

Raju Maharjan, Assistant to Mayor at the Patan Metropolitan Office, stated that the project would continue elsewhere if the first phase saw remarkable success. He also added that the metropolitan office was looking to notch up the quality of the plants, in the next phase of the project, by planting trees that were already of nine feet in height.

Urging the locals to partake in their effort, Maharjan said, “The residents of Lalitpur can take part in the cause by planting trees on special occasions, or in remembrance of their close ones. They can further place a commemorative plate to remember the occasion.” He also assured that the metropolitan office would assist such individuals by providing plants, and compost. 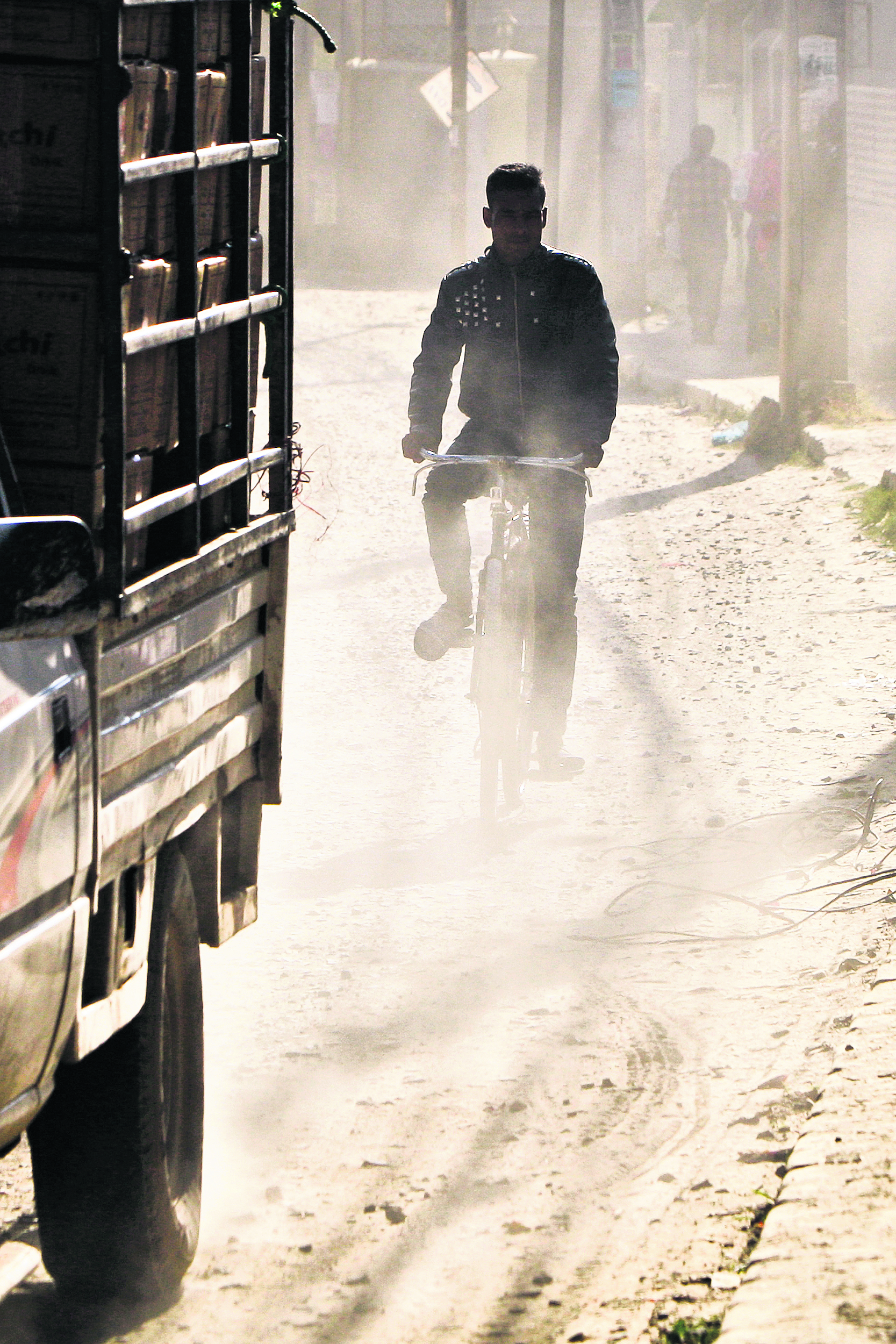 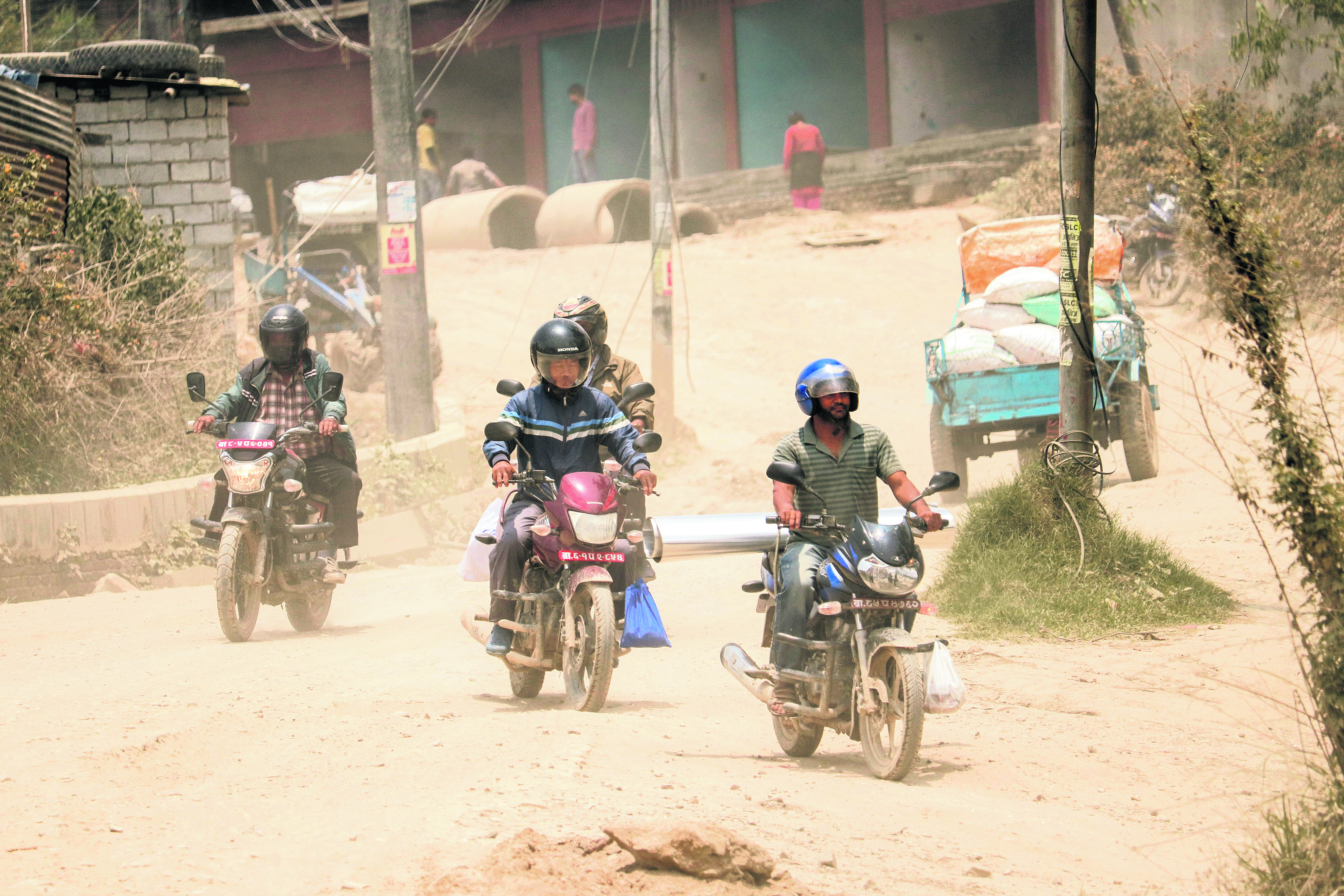