Heart to Heart with Malvika Subba

‘Living in discipline, shapes up who we are later in life’

Dear Malvika,
I am a 23-year-old-girl. I have been in a relationship with a guy and I have never been so serious for anyone. Everything was fine until I asked him to get married after being in the relationship for almost four years. We were independent and responsible by then. He said he hadn't thought about it, and after sometime suddenly broke up with me. He told me that he never had any feelings for me and we both were not meant to be with each other. I cannot figure out why he is behaving in such manner. He has always been there for me in my good and bad times and whenever I try to convince him, he says we can’t continue our relationship anymore. I really love him and don't want to quit like this. I don’t know what to do. Please suggest me.

Now that is where things go wrong. Wanting to be in a relationship and wanting to get married are two different things. Once he figured out that you want to get married, it made him question the core base of your relationship. And I believe he does not see a future with you, which is why he decided to end this now. And I think that’s for the best. If your views do not match and if both of you do not have the same goals, there is no point banging your head about it. Love is not enough to sustain relationships; you have to have the same values and goals in life. That will make you respect each other and carry on in life, even when there is no romance and when you are not in love. So see this as a moving on phase. You have already talked to him about it and he doesn’t want to be with you so let it go. There is no point running after people who don’t want to be with you. It will take some time and it will hurt, but there is always someone better waiting for you.

Dear Malvika,
I am a 19-year-old girl and recently completed my high school. Due to my personal problem, I had a year gap after SLC. One year ago, I was serious about my career. But now I don’t feel the same. During this gap when I tried to do something new, people including my parents criticized me and did not support me. I felt like I was living in a prison. My parents restricted me from doing anything new and unusual fearing social stigma. All they worry about is marrying me off. However, I want to do something creative and be productive. My parents expect me to sit home and learn household chores. I cannot be that person. I am not allowed to stay out later than 6:00 pm, wear short dresses or talk to male friends. My parents want me to study hard and score good marks so that I can find a nice husband. I don't want to hurt my parents, but I also don't want to live the life they want me to live. At this point, I feel lost and confused with no excitement in my life. I feel helpless. Please help me to live a happy and productive life without hurting my parents. How can I fully utilize my time?

You haven’t mentioned here what problem you went through. You also didn’t mention what new things you tried which would offend people. But it takes me back to when I was your age and I used to look for excitement like you did. I too was restricted from a lot of things like you are. I will tell you this, which right now you should focus on your education. Get involved in extracurricular activities in college. Read books, listen to music or whatever interests you. Make friends and just have teenage fun. Living in discipline, shapes up who we are later in life. Once you start earning and become independent there won’t be as much restrictions as you would think. As a teenager our hormones rages in ways that are uncontrollable. At the same time, we look at others and see them having exciting lives and getting to do their own thing and that frustrates us all the more. As long as you are living with your parents, you have to abide by the rules. But once you are working and can look after yourself it is up to you how you want to shape your future.

There will be clashes and arguments but that is something that you need to be able to handle it. Not every parent will understand the kind of career path we want to go to. But you have to believe in yourself and be the best, later people will accept if you are really good at what you do.

Dear Malvika,
I am a 23-year-old woman and I am expecting a child. Professionally, I am a dancer and this is my unplanned pregnancy. I have become extremely worried about my career after I found out that I am expecting. I have already cancelled 4-5 abroad shows, a signed movie and much more. I'm feeling like after having the baby I will not be like as I used to be before. I am not confident about working after the birth of the baby and I totally feel distressed thinking about my future plans and career. I need some help. What should I do?

Having a baby is not the end of life. Yes, there are times during pregnancy when you feel so. After the baby give yourself three months. And then work into getting back on shape and slowly get a hold of your career. Make sure you have someone who can look after the baby while you are away from home. And talk with your husband about it too. We do have to sacrifice certain work during our pregnancy but once you have the baby you will understand that the child will be your biggest satisfaction. You are just 23 and by the time you are 24, you will be back on track. So hold on till then. In the mean time, follow dancers who are mothers on social media from around the world. Looking at how they get back in shape and balance motherhood you will get all the encouragement you need. I did the same while I was pregnant and after having my baby which helped me a lot to get back on shape and to work. You can keep dancing while you are pregnant too as long as you don’t stress out too much physically and if you are healthy. Consult with your doctor. And if they are okay, you should continue practice; this will help you during child birth and maternity period.

Dear Malvika,
I am 20-year-old girl studying in Bachelor’s first year. After SLC, I chose humanities to make a good career in journalism. Since I had studied humanities with majors in Journalism and English in my high school, I didn’t have any of these subjects in Bachelors. However, with a hope to excel in journalism I started working in an online media. But as soon as I started to work there, I started feeling confused and insecure for choosing this career path. It has been just a year and I am fed up with working in the field where I wanted to make a sound career in. Although, I am getting appreciated for my work, I am feeling like this is not my cup of tea. But I have already decided and told my parents to be in this field even if I feel uninterested about it. I don’t know what I should do. Please give me some suggestions.

It’s strange that you do not have the same subjects as you studied in high school. There are many colleges offering Journalism in bachelors so I don’t know what made you go to the college where the major isn’t Journalism. Anyways, not all jobs seem the same after you start working there. And Nepal still needs to develop on online journalism. Journalism is not everyone’s cup of tea. It’s a lot of research, patience and good writing and speaking skills. It also is a lot of hours on the job where it can be super frustrating at times. Do not let one job depict the path of your career. Not all organizations are the same. Look at your selfish reasons of being there and focus on the aspect as to what you want out of it.

If you are not satisfied there then apply somewhere else and see how that goes. Also, if at some point, you feel like changing careers that is fine too. It’s about experimenting, experiencing and finding out what’s best for you. Sometimes we do not follow what we study and that is fine as long as we are happy and earning well. 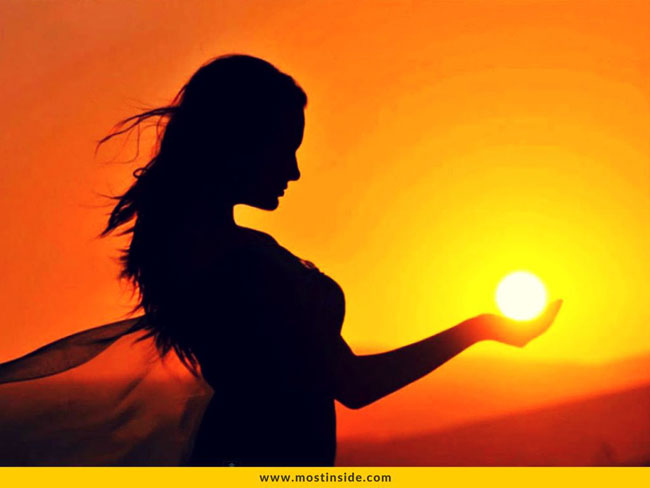