Get your hands dirty in entrepreneurship

There is a famous saying in Nepali which translates to: “A boy can’t get a girl for marriage if he hasn’t traveled abroad.” Though absurd, this mindset still prevails in the Nepali society.   More often than not, the family of the girl is hesitant about marrying off their daughter to a boy who’ve never stepped foot outside the country. However, various other reasons compel foreign migration. Better career opportunities and further studies are the most influential ones.

Also, the imitation culture is equally prevalent in Nepali society. When a member of the society moves abroad, there’s immense pressure on others to pursue the footsteps of the migrant, even if it means hefty financial loans.

On the contrary, when a business idea is pitched, they hardly get support. Even parents speculate the probabilities of losses when their children ask for help to pilot a startup. The family and relatives, who willingly invest in millions abroad, second guess the success of the proposed business. But like they say, where there is will, there is a way; some social entrepreneurs in Nepal have been extracting success out of thin air despite tons of problems.

Despite the vulnerable situation of the youths in Nepal, there are aspiring innovators who stay in the country to give it a better future. Foreseeing the probabilities, they seize the opportunity to find solutions to the existing problem.

Rajan Chakradhar and Pushpa Sthapit, share a similar mentality. Both of them, who perceive challenges as an opportunity, founded Revive. Their organization recycles the waste and old clothes into useful utility product.

“Why work outside, if there are loads of opportunities in Nepal,” said Chakradhar. Supporting Chakradhar, the co-founder of Revive, Sthapit, believes “Who said only American is the land opportunity. Even Nepal has an equal number of possibilities, if not more.”

Similarly, Bijay Sharma and Ashes Timsina, have also been making the best of the opportunity of Nepal.  They are the founders of ‘Whpedia’. The company run by the two has been providing home tuitions in Kathmandu by mobilizing more than 200 teachers. According to them, their organization’s main motive is to provide quality home tuition to students, and at the same time create a job platform for part-time teachers. Sharma said, “As I finished my bachelor from Tri Chandra, I felt there was something lacking in the tuition system in Kathmandu. There are plenty of teachers who do not get exposure, also students and parents are not satisfied with the tuition teachers. So to fill the gap, we established Whpedia.”

Despite having a master degree in IT field from Finland, he saw a career scope in Nepal. “I am a Europe returnee. Most of my relatives and friends protested about me coming back. But I was fed up with the European lifestyle. I didn’t want to live as a second-class citizen. Rather I preferred to live as a first-class citizen in my own country.”

Anjana Shyama, Sapana Twayana, and Sanjay Byanju are a trio of aspiring entrepreneurs. They run ‘Your Agricultural Product’ in Bhaktapur.  Their project involves planting vegetables and some cash crops by using low levels of pesticides and at the same time minimize the price gap between the consumers and farmers due to the involvement of agents.

Find a secured job
Most Nepali families prefer to see their children secure an eight-hour-job. According to Pushpa Sthapit, involvement in entrepreneurship in Nepal isn’t accepted by all families. Sthapit explained, “Most of the people don’t even understand the meaning of entrepreneurship.  Some of my relatives ask when I will start my ‘proper job’.  Even my mother was against my decision, and tried to convince me to get a desk job.”

Similarly, Ashes Timsina also says that almost 70% middle class family in Nepal has a mentality of securing a career with a regular job. “I come from an IT background. My family wants me to refund their investments. I’m also engaged with the UN in a contract, but I am not keen on extending my contract. Rather, I want to focus solely on this field.” 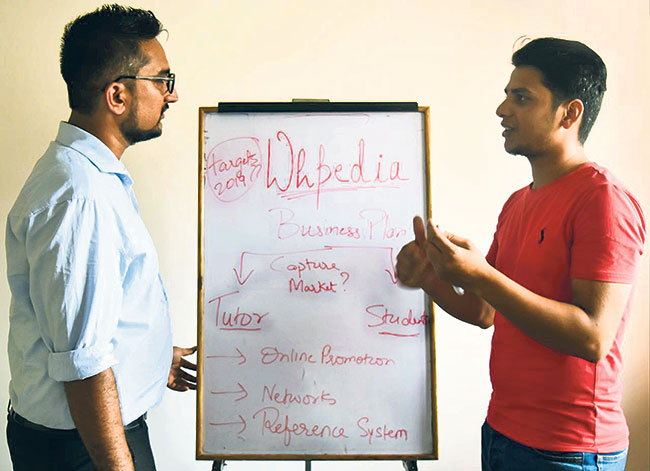 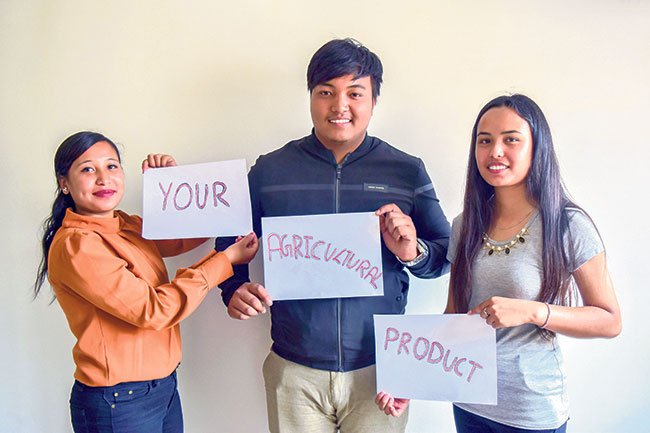 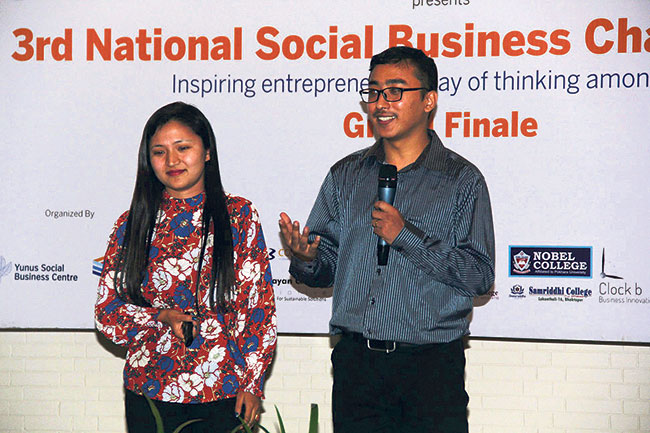