Colors of Culture on Canvas

Beauty and the Beast on canvas

Aashirman is debuting from this movie. And the motion picture revolves around the genres action and romance with a hint of thrill. Shot in Nepalgunj and Assam, the movie is based on lifestyles of the youngsters-turned-gangsters living in Western Nepal.

"The main theme of the film is the regrets and problems faced by the people who are involved in criminal activities and how their profession affects their personal, love and family lives. Also it comprises how the perception of gangsters changes after having someone you love in the way," director and writer of the film, B C said. "Aashir plays a college dropout and aspiring gangster while the role of his love interest is played by Anna, she plays an undergraduate student," he added.
The 138 minutes long film took a whole 59 days to shoot. The director mentioned that shooting in a remote village like Assam was a bit hectic but the cast carried a very positive vibe with them and never complained. "Although Anna and Aashir have a worldly way of living, they had a lot of fun shooting the film," BC told.

As mentioned by the director, Gangster Blues is the best fit for anyone looking for an action- packed love story.  "Of course I hope the film does well commercially, but the satisfaction of the audience is what matters more. I want the viewers to feel like they got the value for their money after watching the movie." the director mentioned. 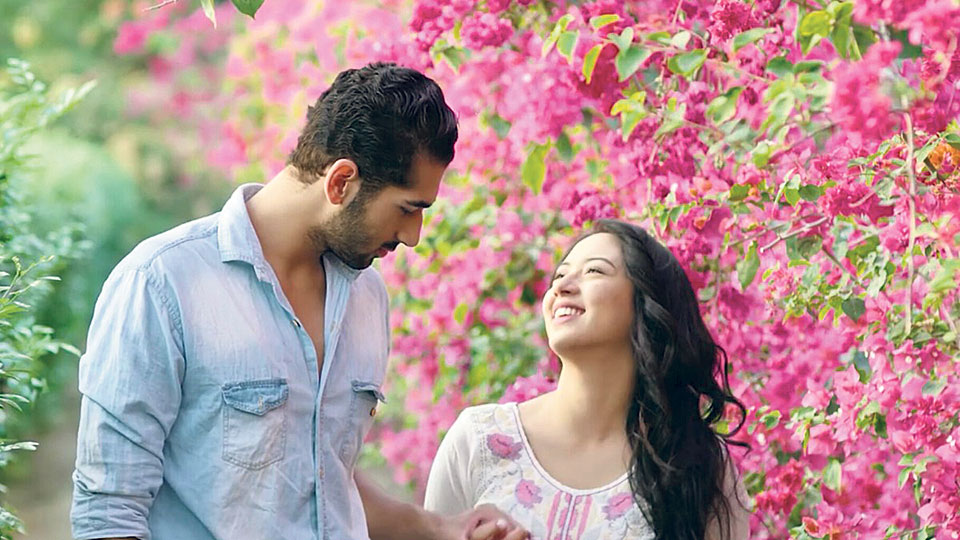