KATHMANDU, Feb 18: Former Minister for  Information and Communication, Mohan Bahadur Basnet along with President of Nepal Film Development Board Nikita Paudel laid the foundaton stone for Film City to be soon built in Dolakha. The Film City, said to be built with international standards, is being constructed at 3,300 meters above the sea level in Dangdungey Danda of Dolkha.

The Film City is being constructed with the initiation of artist Madan Das Shrestha and in coordination with Nepal Film Development Board as well as artists from film and different fraternities. “The area is home to a diverse species of animals and we hope it will be an attraction for visitors from all over the world,” said Basnet. “The Film City will have indoor and outdoor screenplays, and is designed to interest Nepali as well and international filmmakers,” said Paudel.

The construction is estimated to take at least five to ten years to complete. The project’s design also includes an airport, five-star hotel and ample space for film direction. Surrounded by religious sites like Tripura Sundari, Kalinchok and Bhimeshwor, the film city will be located at a distance of 6.5 km from  Kharidhunga and will cover an area of 1,500 sq km. 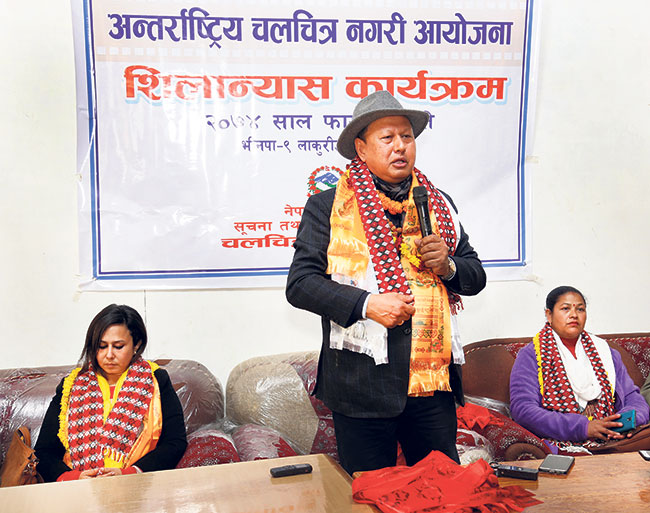