KATHMANDU, June 10: ‘Health Transformed by Art’ is a project that aims to bring out the latent therapeutic value of arts combined in a hospital setting. The project is set to be carried out in Kanti Children’s Hospital, Maharajgunj -- the oldest and the only government children’s hospital in Nepal. Artists are focused on creating murals on empty corridor walls of the hospital and crafting an installation art with the hospital waste.

According to the press statement issued by Siddhartha Arts Foundation, the project aims to make the corridor area of the hospital more colorful, lively and engaging for the child patients, hospital staffs, and the thousands of public visiting the hospital every day. Anoj Subedi, Raju Giri, and Shristi Shakya have been given the responsibility to lead the project. The trio has a collective vision of taking art outside of galleries into public spaces and impacting the general public.

Initially, the project was only concerned with mural paintings as a medium of providing psychological relief, but later the idea broadened to include installation of artworks made out of hospital waste as a way to manage a certain level of hospital waste and up-cycle/ create value out of them.

The project started collecting non-hazardous wastes, uncontaminated by patients, from six different hospitals of Kathmandu -- Kanti Children’s Hospital, Norvic Hospital, Manmohan Cardio Hospital, Om Hospital, Grande Hospital and Shahid Gangalal National Heart Centre. Project Health Transformed by Art is currently in its implementation phase and the success of this project will lead to replication of the concept in other hospitals of the Valley. 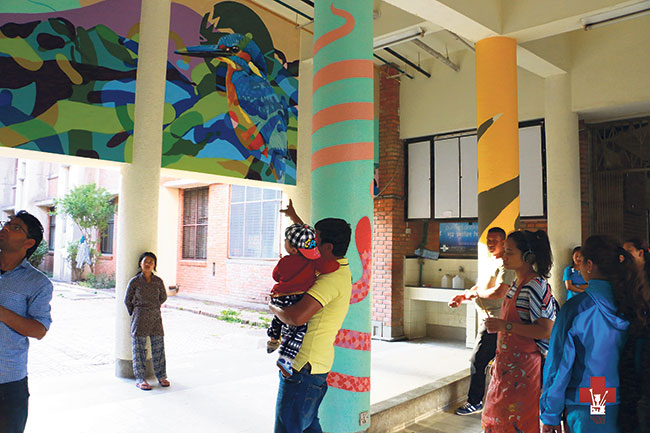 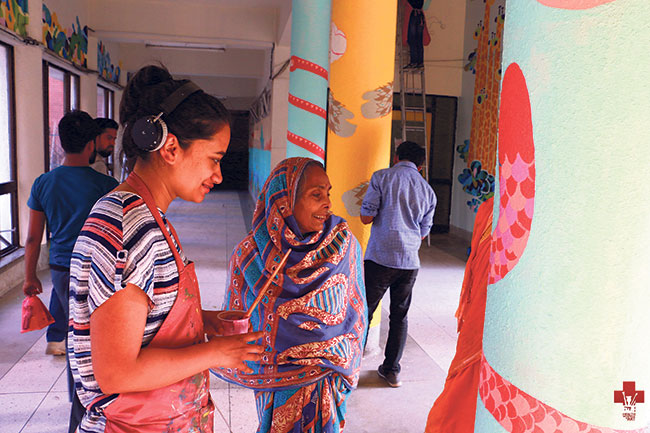