KATHMANDU, Nov 25: There is no doubt that Nepalis are highly influenced by Indian food and culture. There are a lot of people who long to taste the authentic Indian cuisines. Considering this fact, Hotel Fairfield by Marriott, Kathmandu has organized the ‘South Indian Food Festival’ in association with Swami Vivekananda Cultural Center, Embassy of India,  Kathmandu in its premises, Thamel. The fest was inaugurated by Ambassador of India to Nepal, Manjeev Singh Puri on Friday.

The menu comprises authentic dishes of South Indian states including Andhra Pradesh, Karnataka, Kerala, Tamil Nadu, and Telangana. The festival is led by Chef, Thirmual Mohan, who has an experience of over 18 years in promoting South Indian cuisines. The inauguration program was followed by a cultural and musical program presented by Swami Vivekananda Cultural Center Embassy of India, Kathmandu.

The festival featured numerous mouth-watering south Indian cuisines like Biryani, Idli, Dosa and more. When asked what makes South Indian cuisines different from rest, Chef Mohan said, “There are numerous cuisines in south Indian and each of them has their own specialty. So we cannot point out the difference, but the consistent use  of spices and sours are the identity of South Indian food.” The entry fee for the festival is Rs 2,199 per person, which includes a buffet and unlimited house beverages.

This is the fourth food festival organized by the hotel and is slated to continue till December 2. 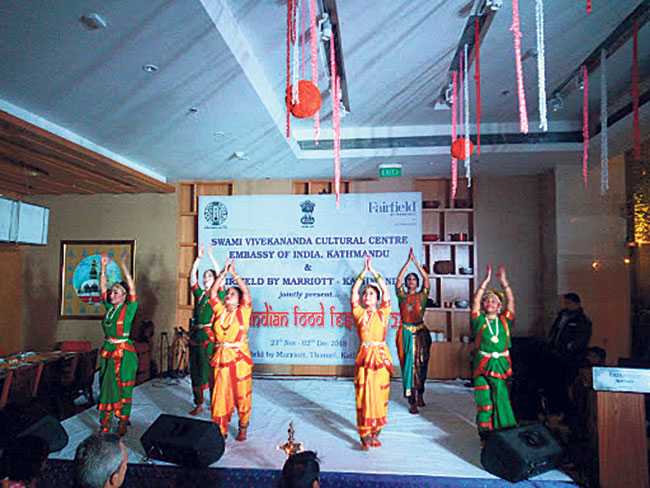