Apart from historical tales heard worldwide, Nepal has lots of historical places which carry the legacy of cultural history passing it down to generations. Listed in UNSECO’s World Heritage Site, Dattatreya temple is historically and culturally important for Nepal. Since the past few years, the culturally important place has turned out to be more of a parking lot.

Due to the increasing number of cafes and restaurants around the temple, as the sun goes down the number of vehicles parked around the place increases. “Even after several meetings with the locals, they seem to ignore the problem. And we are planning to restrict four-wheelers from Chyamasing to Bharwacho but we are not able to implement it. The reason is that after the earthquake in 2015, restoration in the area is still taking place and they need the space to load and unload goods,” said Rabindra Jyakhow, chairperson of ward no.9 Bhaktapur municipality.

Meanwhile taking about the significance of the temple, cultural expert Om Daubhadel shared, “The temple was one-storied when it was first built in 15th century by King Akshya Malla and was later renovated into three-storied by King Raya Malla.”

According to him, throngs of devotees visit this temple during festivities like Teej and Maha Shivaratri, two of the major Hindu festivals. 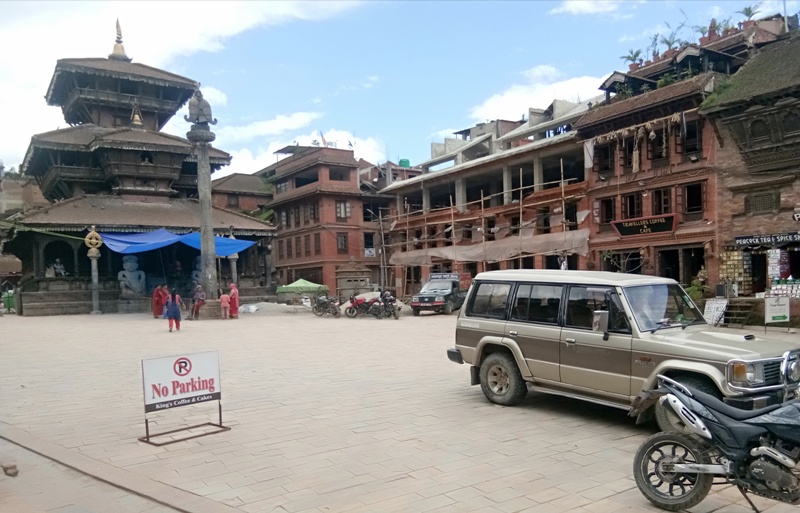