The classical ballad ‘Teej ko Rahara Aayo Barilai’ had a homely feel to it. It expressed joys of reunion with childhood friends and the celebration of womanhood. But now that teej music has taken a sharp commercial bend, most songs have changed their disguise. Teej songs, which once encompassed women’s happiness, sorrows, and celebrations, have mostly gone beyond recognition. The inappropriate lyrics are complimented with excessive skin-show in videos.  Rather than being a medium to state rural hardships of women, the songs these days have been a source of hilarity.

More than ever, audiences have easy accessibility to songs especially because of the emergence of various video sharing platforms. The constant attraction the infamous music has been getting has affected the orthodox value of the festivities. It is also necessary to contemplate that the increased urbanization further encourages additional days of celebration, resulting in promoting the contemporary insanity as teej anthems.

Folk music veteran Komal Oli, admits that there have been massive twists in teej songs, especially since the fruition of sites like YouTube. Oli mentioned, “Teej songs reflected tradition and women’s sorrow which they faced as a result of separation from their husbands, bad relationship with their family members, and the pain from separation from their parents.”

Comparing the traditional songs with the trending contemporary hits, she put it on social media for encouraging such senselessness. “Though songs are entertaining; only a few focus on the cultural values. Also, for self-promotion, and to increase YouTube views, these types of Teej songs have gained prominence,” stated Oli.

Similarly, veteran folk artist Sunita Dulal pointed out the facilities that made it easy to be a singer as the main problem of immense alteration in the Teej songs. “During the early days, being a singer wasn’t easy. We had to clear the voice test at Radio Nepal to get the license to sing professionally. Now, the situation is completely different. There are some mediums which can turn anyone into a singer for a certain sum of money.”

Dulal also added that the historical and cultural importance of the teej music would be extinct if the obscene teej songs released at this rate. Musician Prem Lama also agreed that teej songs represented the Nepali culture.

“As far I can remember, teej song reflected the national identity of women. They would pray for the prosperity and longevity of their spouse. However, looking at the current situation of music, the songs are disturbing to watch because of its vulgarity.”

Sumi Khadka, Balkot, said that she didn’t like how the media portrayed teej. “I have a small daughter and she likes to dance. But I have avoided her from listening to today’s teej song because they are vulgar and also some support nudity. I blame the music industry and also the televisions promoting such music. Why don’t they support underrated artists instead?” Khadka stated.

All the singers shared the way for the mitigation the vulgarity teej songs promoted. They are adamant about the belief that singer and producers should first study the historical significance of the festival, and encouraged censorship.

On the contrary, there are some teej songs which have set the bar for future hits by incorporating the modern technology. The aesthetics of the male-female duets are presented in the most updated video quality. Also, the inclusion of teej dance competitions in school and the colleges have encouraged the youths to come closer to their culture. At present, teej has become a celebration of both sexes, but still dominated by women. It’s not just married couples but also unmarried youths celebrate teej as a festival that encourages one to forget all the hardship for a day and enjoys the joys of life.

The new generation speaks
Shreedevi Devkota, who is prominent for the internet viral songs such as ‘Dhade Biralo’, ’Jhalko’, ‘Kanaideuna Bai’, ‘Machchayo Dhamaka’ etc. has a different perspective on modern teej songs which most of the people find it offensive.  Devkota believes that the music should change with the circumstances and situation. According to Devkota, “I believe songs and videos should be contemporized as per the demand of people. I have tried my bit to bring humor in my music videos because people want slight hilarity to the music. In order to make the songs interesting, I collaborate with renowned actors and artists in my videos. Comedy is rather a requirement and I think adding slight humor does not affect our cultural values in any way,” further added Devkota. 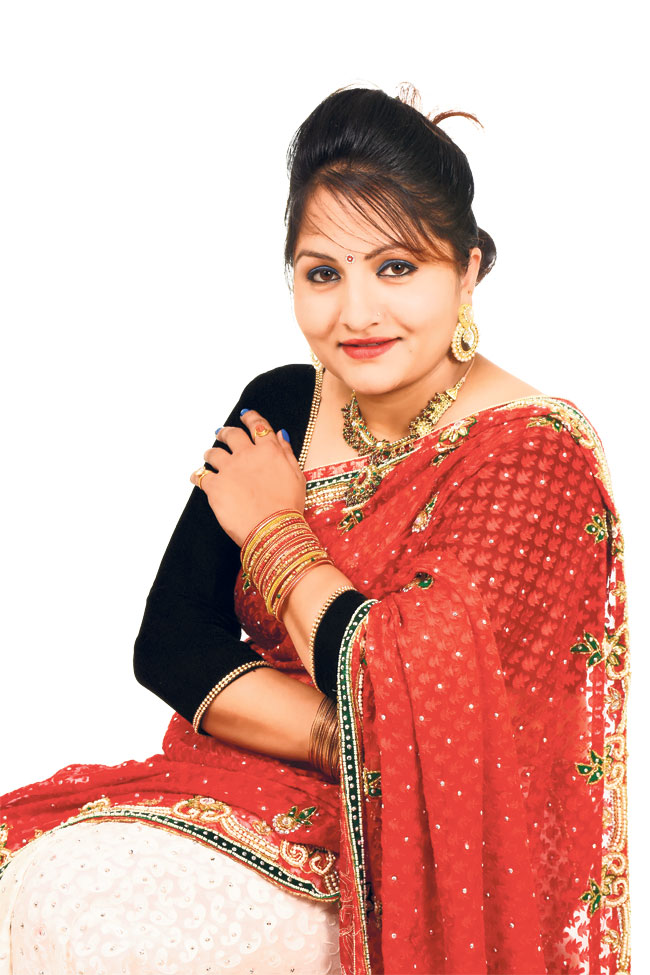 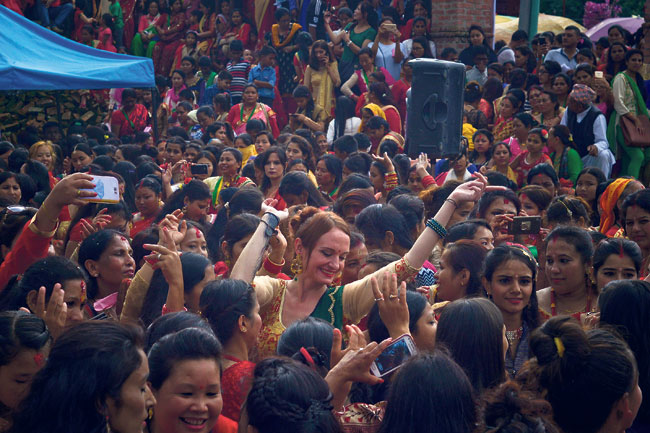 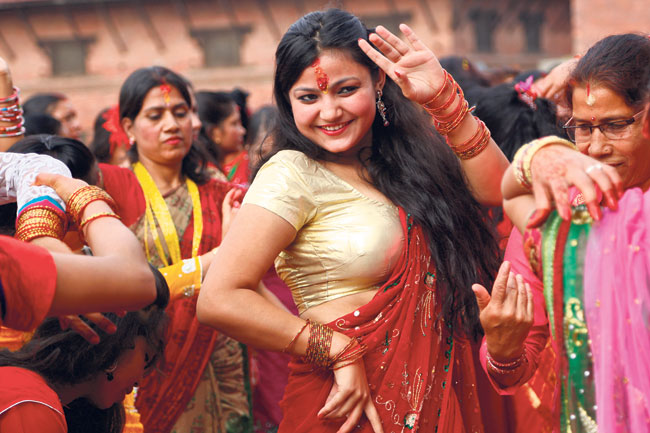 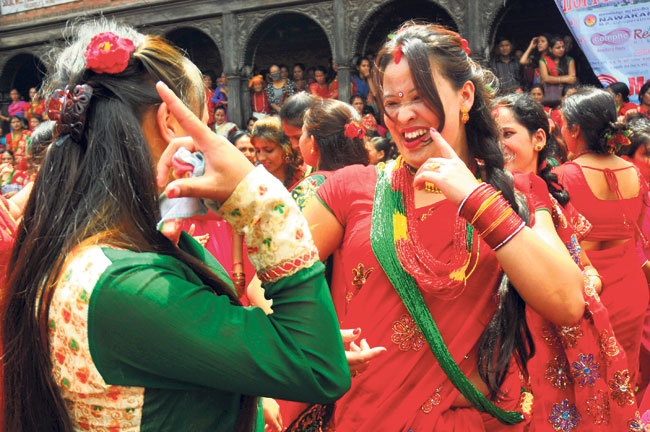