KATHMANDU, Aug 7: Thamel has transformed into a trade hub. The surge in popularity has lured citizens of many countries to try their luck in the tourist capital of the nation. Chinese hoarding boards, cramped in every corner, makes its fame even evident. These boards, decorated in red bold Chinese characters start from the neighboring vicinities including Chhetrapati, Basantapur, Jyatha, and Lainchaur. It is the result of Chinese traders’ direct involvement in the Thamel based trade.

Jiban Chandra, owner of Go Nepal Restaurant and Bar says he has a monthly turnover of Rs 500,000. “In the recent years, the number of Chinese traders in Thamel is increasing, and so are the restaurants that cater to these nationals,” Chandra stated.

Although Chinese restaurants are more prominent in Jyatha, the tourist influx has benefited the entire Thamel region. Chandra, who is married to a Chinese, is also involved in Chinese trade for the last 17 years. He possesses fluency in Mandarin. He explained, “Chinese customers are attracted to Jyatha, Chhetrapati, and Basantapur because these areas sell products at competitive prices compared to other parts of the town.”

Similarly, Dhruba Poudel, the operator at Saino Nepal travel agency says his company has their eyes set on Chinese tourist. He classifies the tourists into two groups -- B grade, comprising 25 percent, and C grade made up of 75 percent of the total Chinese visitors. “In the past, Chinese tourists used to visit Kathmandu only, but now most of them visit Nepal for trekking purpose,” Poudel said, “Although each individual spends Rs 100,000 in average, most of the amount is redirected to China.” According to him, immediately after the earthquake in 2015, the number of the Chinese tourist went down. However, in 2016, after the implementation of free visa, the number increased.
Chinese, mostly from Sichuan, Chengdu and Guangzhou regions, have also invested in Jyatha.  The Chinese entrepreneurs start their business under the guardianship of the Chinese embassy in Kathmandu.

The Chinese entrepreneurs in Thamel neither speak Nepali nor understand proper English. However, they have managed to run their business. Cashmere shop owner, Li Wang, speaks only Mandarin. She arrived in Nepal one year ago and started her shop in Jyatha.  “My sister-in-law is a Nepali. She and my brother both sell Nepali handicraft products in China,” she said. Now, she is planning to expand her business in Pokhara as well.

Chinese entrepreneurs invest in restaurants, jewelry shops, cargo, Rudraksha beads, hospitality industry and money exchange services, among other businesses. In 1995, Tian Rui Restaurant and Bar started operation; it is regarded as the first commercial Chinese investment in Nepal. Likewise, in 2001, another Chinese restaurant -- Beijing Restaurant and Bar -- started operations in Thamel. Currently, there are around 350 businesses under operation with Chinese investment, and most are Thamel based.

According to Durga Prasad Bhusal, director of Industry Department, the statistic shows that the Chinese investment in Nepal is hiking up. After the Foreign Investment and Technique Handover act came into effect in 1990 in Nepal, it opened doors for foreign investment in the country. The government has allowed foreign investment in seven different sectors. China is the country to use this provision to the maximum in Nepal.

More than 900 Chinese businesses have already been registered under the department. In previous years, India was at the top of the list. However, in recent years, China has sidelined India from the summit. China’s primary focus has been in the tourism sector.

At least 150 restaurants and 24 hotels with Chinese investment operate in Thamel. As Chinese investment is gaining prominence in Nepal, Jyatha is now synonymous with ‘China Line’ citing the dominance of Chinese businesses. Also, the number of hotels under Chinese operation is also on the rise.

Madan Pandey, a local cashmere businessperson fears the Chinese competition as the lease expiry period approaches closer. He risks losing his workspace due to high rent investment the Chinese make. Pandey says, “We fear that the Chinese enterprises will occupy our space. They can pay a large sum of money to the house owners. For us, there is no choice but to quit the business as we cannot compete against them in terms of rent.”

The Chinese government has the policy to expand its investment throughout the world. Depending on the same policy, the Chinese investors are gradually expanding their horizon here in Nepal as well. 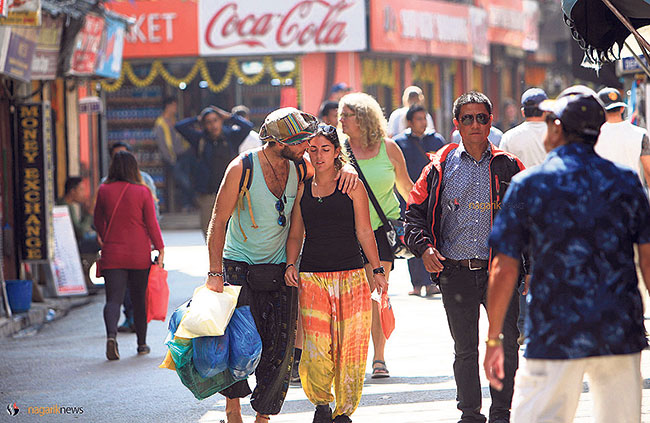 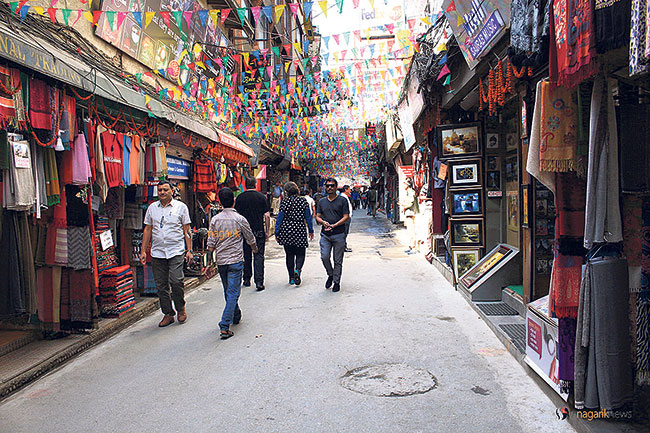 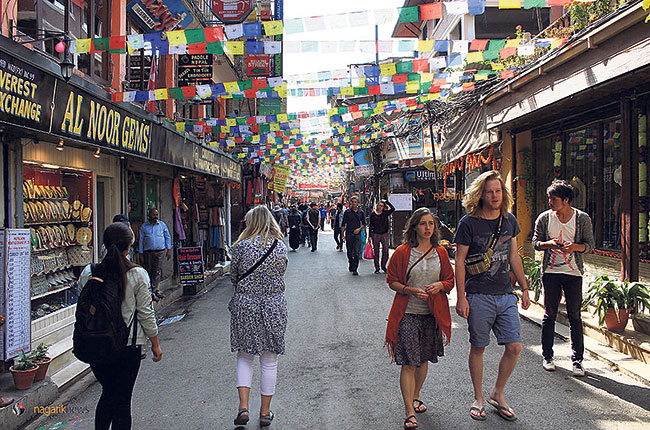 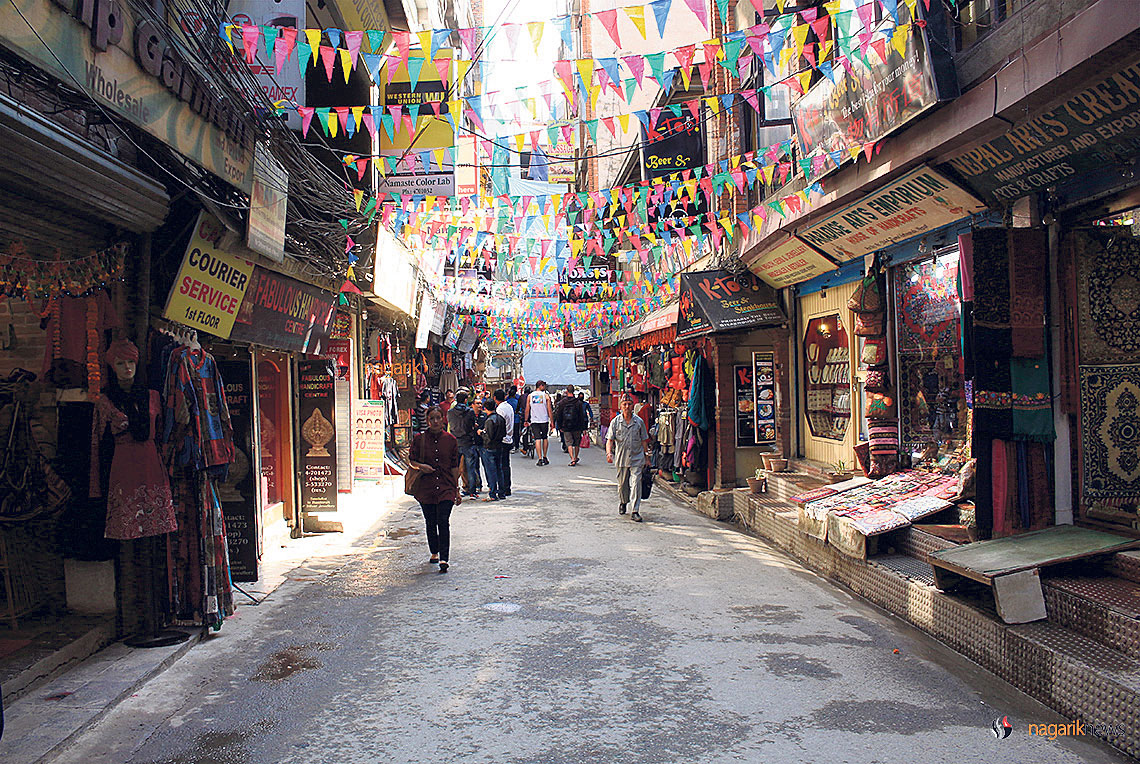