KATHMANDU, June 17: Anmol Bajracharya’s musical journey started with a gentle fumble. Belonging to a family of gold jewelers, his family groomed Bajracharya to take responsibilities of the family business. However, he didn’t let his focus divert despite the constant pressure. With a sturdy self-belief, the musician surpassed several hurdles and challenges to reach his current stage. Even more, he is overjoyed when his family, especially his dad who was against his decision of pursuing music, acknowledges Bajracharya as a singer.

Bajarcharya remembers embracing music early from his childhood. He still remembers the headphone wires, connected to his walkman, hanging down from his ears. At a time when he was receiving minimal support, he saved up his allowances to buy cassettes of his favorite musicians, and seldom borrowed few from his friends too. “I was introduced to real music in the school after joining music classes. I continued learning from Kaleidoscope Music Academy,” he remembered.

Seeing the present generation surrounded by technology, Bajracharya is hopeful for a brighter future of music. Social platforms like YouTube and Facebook has helped learn global music, contrary to the time when people were compelled to rely on either MTV or Nepali channels for quality music.

Over the years, he has been a part of more than ten bands and performed in over 200 gigs. He claims that musical factions split when its members travel abroad to pursue further education. He believes that music consists of financial uncertainties allowing only a handful to remain loyal to their passion. “Even in America and India, only works of few musicians are acknowledged. Success is a distant dream. There are millions of musicians and singers, but only a few make it to the top,” he explained.

Also, most musicians fade to black when they can’t merge their passion and the purpose of life. A similar case sidelined Bajracharya from music for about eight years. However, he admitted of trying his hand into songwriting during his break, and soon found the knack for songwriting.

At the end of last year, Bajracharya entered the music scene with his first single, ‘Mero Jivan’.  Within four months, he released his second song, ‘Sapana’ on the social site, YouTube. Both of his songs are gathering praises and appreciation from his admirers.

Bajracharya released a new single, ‘complete person’, a few days back via Saavn. While he is planning to release more of his songs through different mediums, he awaits the fate of the newly released complete person. 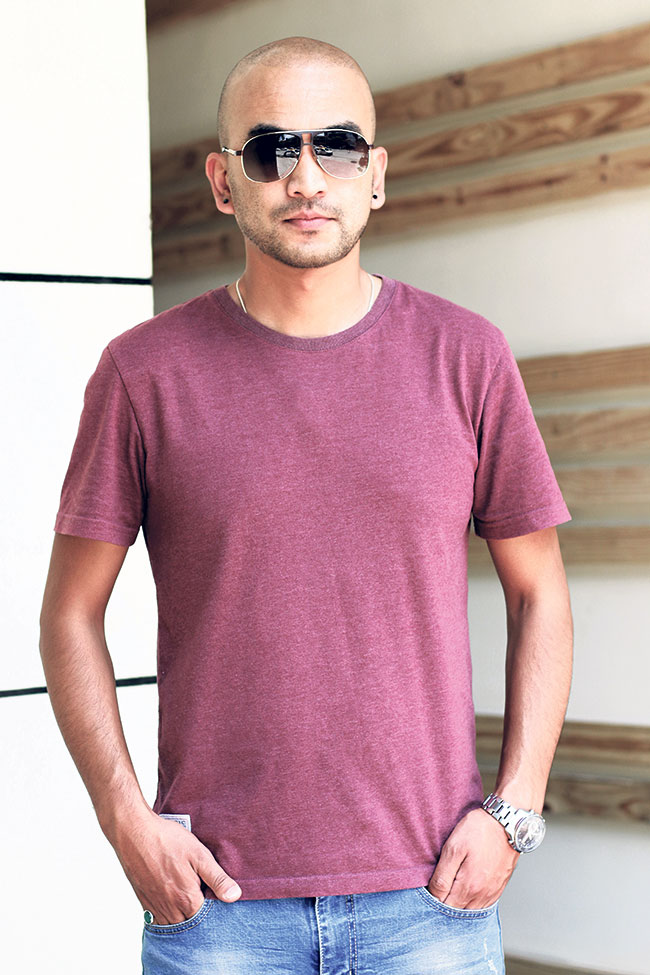