KATHMANDU, Nov 18: There are many ceremonies and activities associated with human life. And there are some rituals or traditions that are done for the departed souls by their loved ones. Bala Chaturdashi is one such festivals celebrated in memory of the deceased family members.

The festival is also known as ‘Satabij Charne Din,’ which means scattering different varieties of grains and is observed on Mangsir Krishna Chaturdashi as per the lunar calendar. It was observed on Friday this year.

Hindu devotees whose family member had died gather at Pashupatinath temple area where they perform various rituals. The festival begins by lighting ‘Mahadeep’ (lights) as they stay awake for the whole night on Mangsir Krishna Trayodashi, the eve of Bala Chaturdashi. And as dawn breaks in, they take a bath in the Bagmati River and walk the route around Pashupatinath temple area including Mirgasthali, Kailash, Gaurighat, Aryaghat among others and end their journey near the Bishwaroop temple, Pashupati. Upon reaching the idol of Lord Ganesh situated near Bishwaroop temple, devotees shake the idol of Lord Ganesh, scream and shout in the ear to wake him up who is believed to be deaf.

Meanwhile, they offer different types of grains, marigold, coin and jiggery at the idols of gods and goddesses on their way. Talking about the importance of the celebration, Sarbagya Ratna Bajracharya, priest at Mantrasiddhi Mahabihar, Ottu shared, “It is believed that if the relatives of the dead offer satabij on Bala Chaturdashi, the departed ones will get a place in heaven. Moreover, this ritual helps the dead soul to find peace and solace in their afterlife.”

According to him, the festival was established during the Malla regime. And explaining the myth behind the celebration, he expressed, “There used to be a man named Bala who was the member of a Guthi near Pashupatinath area. One day he was having a feast near the ghat when accidentally a piece of human flesh that was being cremated fell on his plate. And unknowingly he ate the meat. After that incident he became addicted to human flesh and he turned into a demon--Balasur. He became a nuisance to the public and the public was afraid of him.”

To get rid of him, the king made a plan to kill him and sent a barber. The barber persuaded him for a haircut and during this process he cut Balasur’s head. And from this day onward, the festival is celebrated at Pashupati area, says Bajracharya. There are various myths related to this festival and almost all the legends tell about the welfare of the soul. 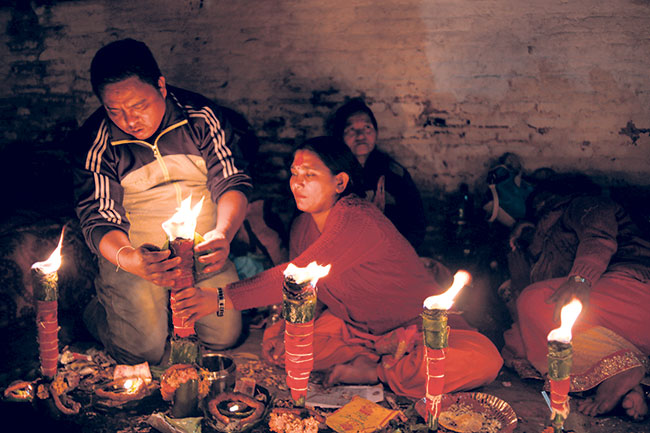 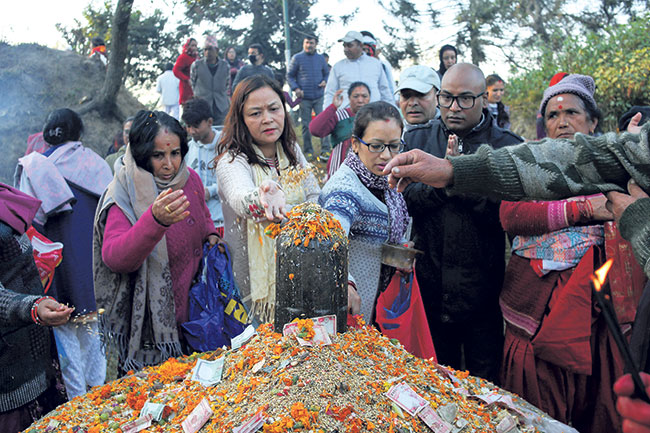