Love me or love me not!

After creating much buzz prior to hitting the theaters, Bulbul certainly seems to keep up with the expectation of the viewers. Rather observed as a social drama, the film has psychological leanings and excels to studying and exploring psychological dimensions.

Written and directed by Binod Paudel, the story delves deeper into Ranakala (Swastima Khadka). She is dauntless, rough and sulky single mother who feeds her family driving tempo at the Sundhara-Swayambhu route. Bhima (Laxmi Bardewa) is her only companion and consoler who shares a similar or much worse plight to that of Ranakala. Amidst their daily tempo rides, Chopendra (Mukun Bhusal) happens to fall for Ranakala in no time. As their bonding grows stronger with every ride, she goes through her inner psychological turmoil before talking that final jump which plunges her deeper even more.

The story smoothly proceeds with a predictable plot but the clean execution is what seems to stand out. The bold dialogues that are picked from life displease the viewers to the least. The soft punches of situational comedies preserve the subtlety and light humor behind an intensely weaved storyline. Every scene makes you feel differently but Ranakala’s dream imageries will certainly sent shivers down your spine. The background score of the film tunes you more to the scene with Uttam Neupane’s sharp take on sound design and mixing.

Bulbul makes you observe and ponder throughout many of its scenes. It sets you out on a psychological journey be it through Ranakala’s downcast eyes, her kajal smudges or her pensive demeanor.  While you may also want to grow gloomy with Bhima's woes and laugh hard with the Sudhur Pachimeli dialect that Chopendra speaks in. All in all the film depicts the fragmented societal realities thorough certain mediums and characters. Although some may not regale themselves in the unpredictable ending, the film yet maintains to keep the realistic essence opening up for multiple interpretations.

Here, My City’s Sonam Lama caught up with Laxmi Bardewa to know more on her experience with the making of Bulbul. 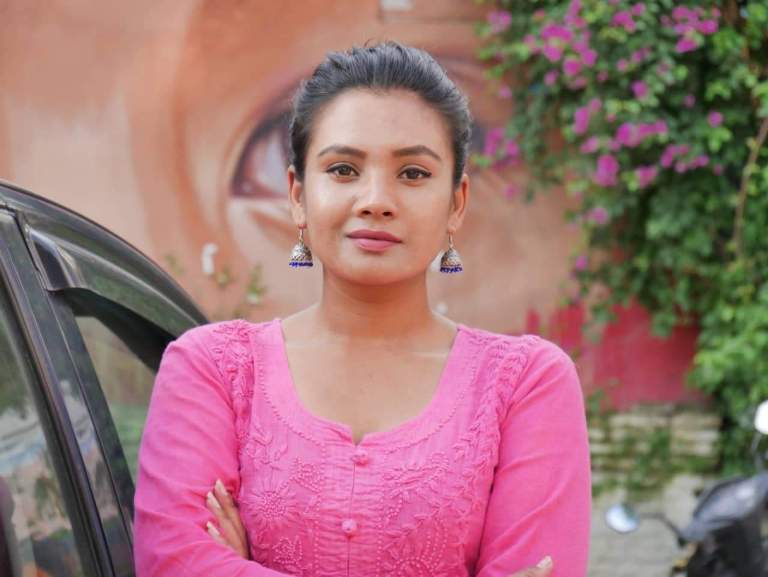 How was the experience with Bulbul?
The experience with Bulbul was quite extra-ordinary. At times the direction of movie gets lost in scripts and there are times when things go awry behind the camera. However, the film went better than we had expected it. There were many sensitive scenes and bold dialogues that we stretched ourselves to but it was well maintained under good guidance and direction. We attended one month workshop prior to movie making and got trained in tempo driving which eventually helped us mold into our respective characters.

In your view, what made the film stand out?
What is evident in Nepali movies is that the concept and direction is often carried out by different people. I think having different and divided ideas could divert the motive of the story at times.  The thing that makes Bulbul blend well into direction is that the concept and the direction have no gap in between as it is one head behind the conceptualizing and making of the movie. It takes good time to lean yourself into the character that you are doing. It demands time, team coordination and self-preparedness which the film actually provided.

How would you define your character Bhima?
People’s thoughts, experience and their ways to deal with circumstances are quite different in many ways. Their choices to express their pain or stay unspoken about them differs as per the situations that they find themselves in. Many times we meet people and hold their impression observing at a surface level. This could be utterly misleading and the film tries to unveil this. Bhima is upfront and dauntless but is a silent victim of her circumstances. She suffocates within but tries to hide, endures her sorrow and tries to fit into the societal definitions. She is miserable but finds her joy in guiding Ranakala.

What were the challenges with the film?
There were many scenes which took much time to finally develop. For instance, I could remember taking this scene frequently where I gobble up bananas. The scenes was to be taken at one go because I would have already had a lot of bananas at a take. There were technical barriers with the scene but it eventually worked out well. Besides that I personally felt this positive pressure to give my best throughout the film.