Though sports is considered a male-dominated domain, many women have excelled showcasing equal might.  Nepal is also witnessing a similar change. For instance, in July this year, a group of Nepali teenagers from the remote Mugu participated in Donosti Cup in Spain. Similarly, many more female athletes have gained prominence in various other sports. 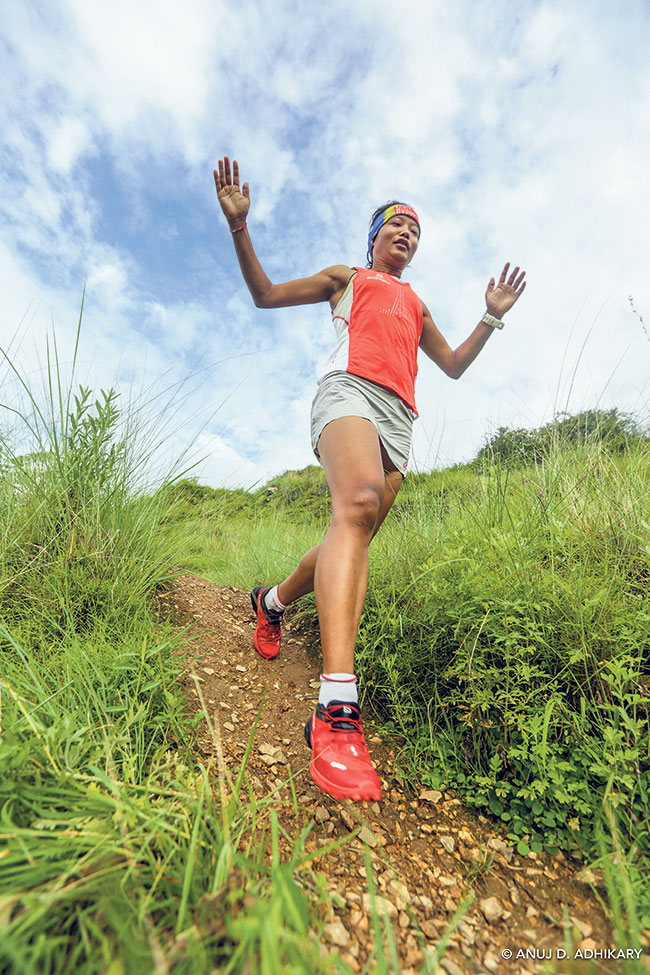 When 16-year-old Mira Rai left her home in Ghorliban, Bhojpur, 13 years ago, she did not have the slightest of hint that she was on a journey to creating a legacy in trail running. Her journey started with a week-long training that led her to join the People’s Liberation Army (PLA). A sense of eagerness toward the outdoors overwhelmed her from her first training experience.

Her interest grew even steadier after leaving the PLA. She started indulging herself in various sports. Her inclination towards games that tested physical endurance also brought Rai a black-belt in karate. Soon, she also started exploring other factions of athletics, including trail running. It was only in 2014 that she found glory after winning the Himalayan Outdoor ultra-run.

"I remember my first victory. I had raced with a pair of tattered shoes," Rai recalls. She also won her first international race, Sellaronda Trail Race in Italy, later that year. However, she received a new pair of shoes, two sizes bigger, for her debut race in the international circuit.

Mira Rai, however, caught the media attention by winning Mont. Blanc 80km race in 2015. She set a new record by completing the race in 12 hours and 25 minutes. Rai is also the 2017 recipient of the National Geographic People’s Choice Adventurer of the Year award.

“A vision that I have held is to fight the stereotype that exists in sports. With that aim, I have hosted a trail running competition in my hometown to encourage women to indulge in sports. I am excited to organize the 4th Bhojpur trail running next month,” added Rai.

National cricket player Karuna Bhandari gained acclamation from her male counterparts by overshadowing their performance. She partook in several games in Maitidevi in disguise as a man. Bhandari's tom-boyish appearance and manly demeanor made it convenient for her to participate in male categories of the game. However, unlike today, she found it far easier to play as a boy back then.

“It was for certain years that my friends thought I was a boy. By the time they found out my secret, I had already become an important member of their squad. So, they were left with no other option but to happily accept me,” stated Bhandari.

Bhandari’s off-spin proficiency opened doors for numerous opportunities.  After the introduction of the Senior Women’s Cricket Team in 2011, she represented Nepal in Kuwait for the first time. Since then, she has been an indispensable part of the national women’s cricket team that has competed in several national and international games.

“Since it is challenging for players to sustain completely depending on sports, many seek for alternatives. I have joined the Armed Police Force, and I have been playing for the club to help ensure a long-term career in Nepali cricket,” stated Bhandari.

Raised amid the greens 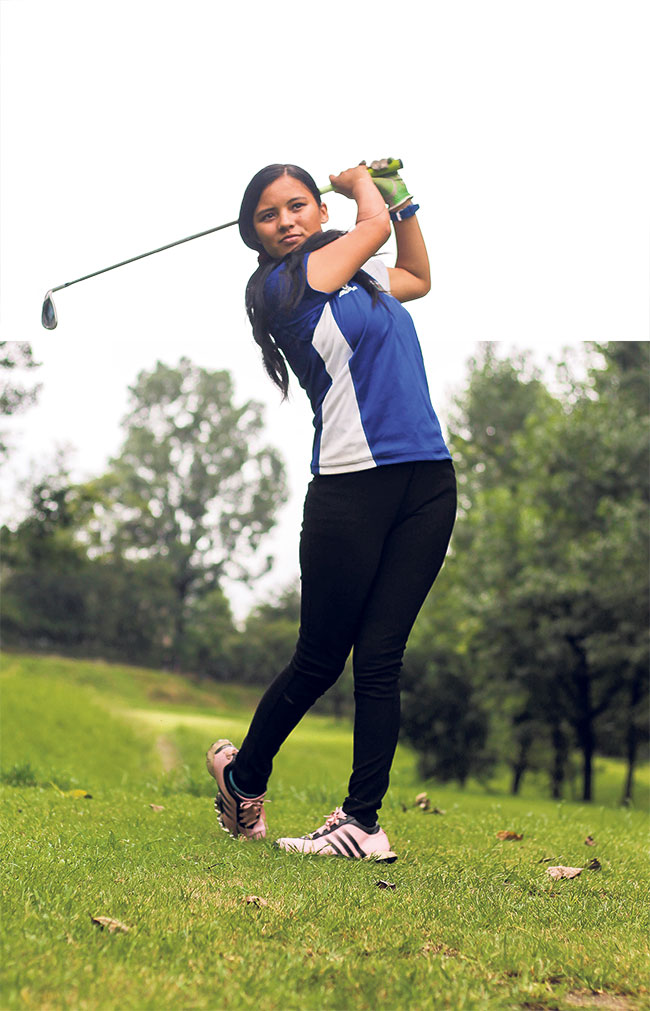 Photo: Shahin Sunuwar Rasaili/ Republica
A similar mastery of skills in golf has been well exuded by 18-year-old Pratima Sherpa. She rose to fame by winning her first professional tournament at just 11. “Alongside my first trophy, I had also won a box of chocolates. When I showed my winnings it to my parents, my mother burst into tears of joy. It was that day that I realized the worth of my trophy. I had never seen my mother so emotional before,” said Sherpa.
Sherpa had witnessed the sport from a very young age as both her parents worked in the Royal Nepal Golf Club. Although it took quite some time for her father to realize her passion, she had long envisioned herself as a professional golfer.

Seeing his daughter’s determination compelled her father to craft a wooden club. After she excelled the art of swinging the club, she found the guidance of professional trainers in the course she was brought up in. She eventually stole the spotlight when ESPN filmed a documentary about Sherpa’s journey.

“While attending the Tribeca Film Festival in 2018, in New York City, I had a precious and lifetime opportunity to meet my biggest inspiration, the American professional golfer Tiger Woods,” Sherpa added. “I am fortunate to have received few golf and life lessons from him.”

She further stated, “In order to make a distinct mark in golf, I have set a higher aim to attend the Ladies Professional Golf Association, to pave a path to represent my country in the Olympics. There are numerous hardships to overcome until I get there, but I am hopeful that I will make it there someday.”