Bhaktapur’s Ranipokhari open to the public

The Ranipokhari temple, otherwise closed for the public, was opened on Tuesday. The gates open only twice a year. This year, they were kept open on May 7 (Tuesday) and 9 (Thursday). The temple is open for the visitors on the two days of Dewali (Prayers to the clan Deity). Thursday was the Dewali for Prajapati clan of Bhaktapur.

Ram Prajapati, was there at Ranipokhari premises for the Kul Puja. He said.” “The temple is open only twice a year. I wish I could visit the premises more and make offerings to our deity. It is sad that a heritage in Bhaktapur is closed to all the residents for an entire year (barring the two days). Because of the lack of knowledge and publicity, people are confused and think of this Ranipokhari to be the one at Kathmandu,” he lamented.

Saraswati Prajapati was offered her prayers at the Temple. She echoed Ram’s perceptions of keeping the heritage open to the public all throughout the year.

“Had the Puja not been here, even the residents of Bhaktapur wouldn’t have known Ranipokhari. The premises should let visitors all throughout the year. Doing so would increase people’s knowledge about the Temple” she added.

Kathmandu’s Ranipokhari lets visitors in only once a year; on the occasion of Bhaitika. Similarly, the one at Bhaktapur is open to the public twice a year. Army Multiple Campus is located across the temple’s premises. The college’s main gate is used to enter the Ranipokhari area. Taking into consideration the security concerns, the general public isn’t allowed to use the gate at other times. 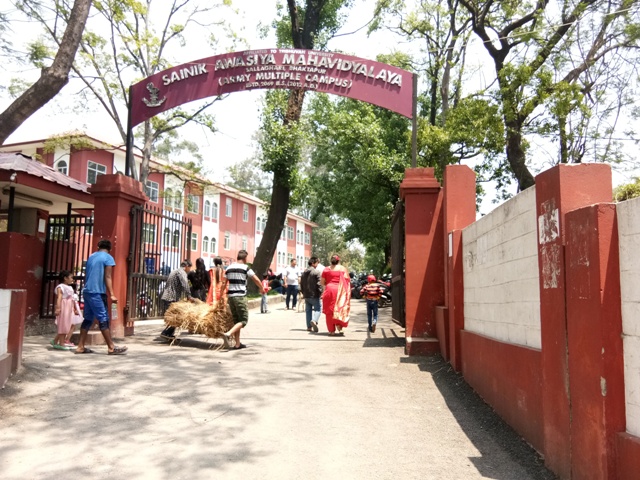 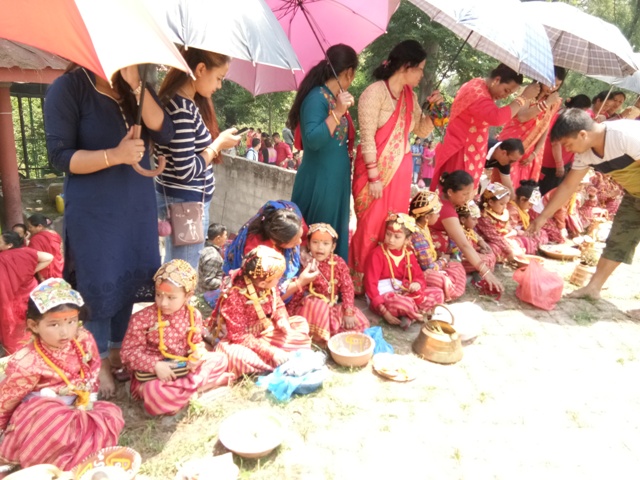