The establishment of youth clubs is on the rise in Nepal. Most of these associations, led by youths themselves, aim at giving a head-start to their leadership attributes. Youth no longer like to follow the conventional ways of attaining education, limiting themselves within the four walls of a classroom, and these clubs are the prime examples of endless learning platforms. Today, promoting and understanding leadership among young people is attracting more attention as the duration between the ‘teen’ years and young adulthood is blurred. The youth of today has started to believe in taking leadership roles from as early as possible.

There are numerous youth clubs that run with the aid from the government. Some clubs focus on enhancing public speaking skills, some on debating, some on social services, and there are some comprehensive clubs that include different types of activities. The principal objective of all such clubs, however, is to initiate a strong character development program among the youths. These clubs are generally designed in a way that doesn’t hamper the regular school routine either. With a widespread use of the internet in the past few years, it is believed that the teenagers, nowadays, have become more isolated and anti-social. The concerned youth of the society, with an aim of fostering creativity and growth, are actively engaged in initiating and operating such clubs. As a result, students are now able to make new friends, take part in fun-filled yet productive activities and socialize with the people with similar interests. 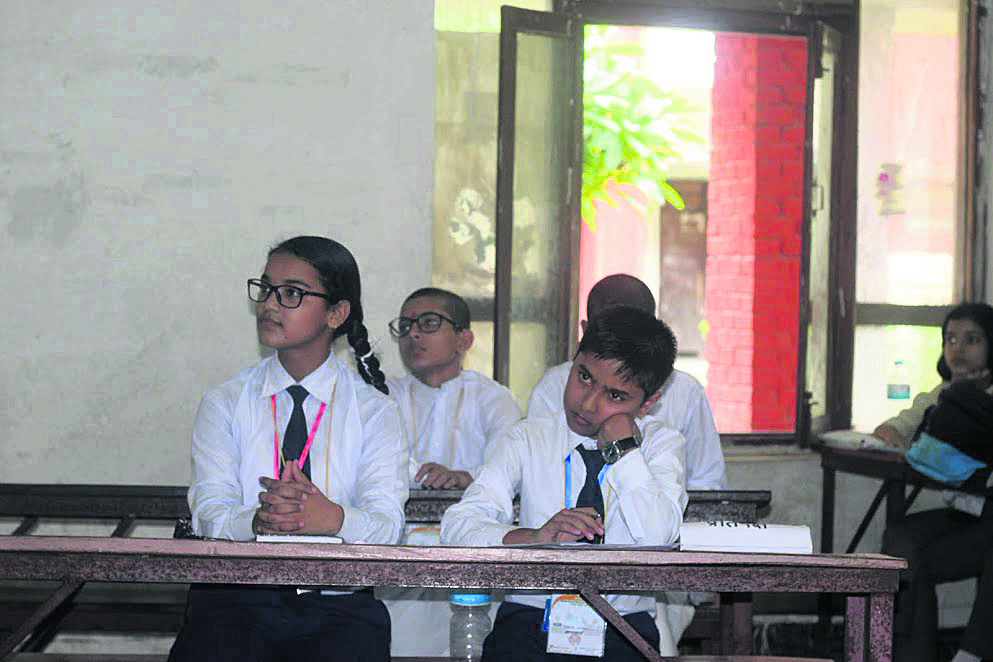 Everyone wants to listen to someone with a bold and commanding voice. You may be wondering why this is so important. In many instances, ideas lack proper presentation skills. When people don’t understand the message you are trying to convey, your idea or opinion gets disregarded even if it is really powerful and beneficial. When the similar idea is brought up by someone with good speaking and presentation skills, it lures audiences. Hence, if you wish to share your vision with the people, you should be able to present your viewpoint. If you have good public speaking skills, the chances of you being noticed increase by several folds.

According to Arjun Bhattarai, the treasurer of the SMART club, “Public speaking platform is useful to practice oratory, debating and other social skills, which facilitate personal skills development. There are a lot of things that make SMART club an extraordinary place to learn. We have altogether ten speaker roles in one session consisting of three speakers, three commentators, a pause counter, a timekeeper, a grammarian and an overall critical analyst (OCA).”

If you wish to be a part of this club, you can visit Islington College at 8 A.M on Saturdays. For further details, you can find them on Facebook as well. “This place is a wonderful ground to acknowledge your mistakes and rectify them immediately. SMART club, with its glittering history of 12 years, has also a distinctive set of alumni who are all pioneers in their respective field today,” added Bhattarai, with an air of pride.

Likewise, debate culture has been steadily increasing in Nepal in recent times. Debate Network Nepal (DNN) was established in 2013 with a motive of institutionalizing the practice of British parliamentary debating in Nepal. It has been conducting different types of training and tournaments for the young people to upgrade their debating skills. DNN has been organizing ‘Tarkashala: the school of argumentation and adjudication’ for people who want to learn to debate and excel in it. DNN is not only popular for the varieties of tournaments it conducts, but also for the strikingly impressive Nepali names it gives to such tournaments.  Be it Mahasangram, VidhuShe, Mahakumbha, or RastraBahas, all these names make debating even more interesting at DNN.

Breaking the conventional style of debating, a newly formed organization called Scholastic Academic Forum (SAF) has started a campaign to reach out to the school level students outside the Kathmandu valley to educate the students about the British parliamentary format of debating.

It is a matter of pride that teenagers across the nation seem to be concerned about their personal growth beyond books. Recently, some teenagers from Bharatpur, Chitwan, founded a social club called ‘Reshaping Feathers’.  As stated by Sanket Adhikari, one of the founders of the club, “We have conducted different types of programs such as public speaking competitions, panel discussions and freestyle essay writing contests so far. We are also delighted by the presence of overwhelmingly enthusiastic teens that have the passion of speaking their hearts out. Furthermore, we hope to broaden the platform as we expect more teens to join us on this journey.” The name, as unique as it sounds, has an equally significant meaning. “Education is, of course, a feather for everyone to fly, and we are working on to reshape it for the good.” He shared.