An Issue Of Unaffordability

Issuing a complain
What do you do when a taxi denies service, or suggest an unmetered ride? Do you just walk off, or be a responsible citizen and inform the authority of their wrongdoings? If you want to inform of any irregularities, you can either file a complaint by calling at 100 or 103. If there are traffic police nearby, you can directly talk to them and explain the situation.

Taxis are desirable means of commuting in the congested Kathmandu traffic. However, the dent it creates in pockets, especially contributed by the illicit fare, has made taxis a little too beyond the reach of the middle-class consumers.  Moreover, though traffic authorities have imposed regulations to control the unmanaged taxi fare, the money-grubbing operators are finding ways of bypassing the law.

As per the rules, taxi operators are not allowed to charge more than Rs 36 per kilometer. However, they still demand additional charges, and more often than not deny dropping the customers to their desired destination.

Arjun Gautam, president of Nepal Meter Taxi Association says, “Our association is totally against overcharging customers, so we make sure that taxi operators are aware of the policies and the regulated fare.” He also informed that taxis were operating at the same price for the last three years, despite the Rs 18, per liter, hike in the price of petrol over the years. Additionally citing the tax increases, Gautam added, “Annual transportation tax has also increased from Rs 6,200 to Rs 12,800. Likewise, the price of vehicles and maintenance has also increased rapidly.” Citing the price hikes in all sectors, he pointed out the urgency in increasing taxi fares accordingly.

Taxi driver Dinesh Tamang attested the viewpoint of the association leader saying, “Though the price of fuel and other maintenance services has increased, taxi fare has remained the same, making survival of taxi drivers difficult.” However, Tamang has remained loyal to the customers and never asked for surcharges. “I never ask people to provide extra charge, however, some generous people add onto the cost shown in the meter,” he said.

Mirtun Chaudhary despises the high price taxis charge for their services. He says, “I prefer traveling in public vehicles rather than taxis. I occasionally take taxis, but I have never traveled in meter. I think 36 rupees per kilometer is perfect for the costumer, but the taxi operators demand for more.”

When asked his opinion on the irregularities, and absurd demands, Gautam added “Taxies are generally used in times of emergency or when you’re in a rush. Bargaining at those moments is out of the question.“

Similarly, Amy Yonjan from Teku mentioned that the taxis asked for surcharges even when they agree to go on the meter. She stated, “I prefer fixing the amount before traveling. This keeps you from bargaining with the drivers.”

Addressing the irregularities, and the regulations introduced by the authority, SSP Basanta Panta, Chief of the Metropolitan Traffic Police Division said, “Charging high amount to the public is outlawed, so we frequently visit the field to investigate the condition. Moreover, we even arrest those who deny traveling within their route or those who deny operating through meters.”

According to Panta around 30 taxi drivers are arrested daily for overcharging the customers, or denying services. He stated that drivers who refused to drop passengers to their destination were fined Rs 500, whereas unmetered ride resulted in a penalty of Rs 3,000.

Panta added, “Taxi operators are not happy with our investigation method. We have been continuously working on making the public transportation systematic and fair. The officials immediately follow up if they receive any kind of complaint.”

Explaining the procedure of arresting those who aren’t willing to abide by the law, Panta said, “Earlier, the rule violators were only fined. However, we have started awareness classes to ensure lawful practices in the future.” 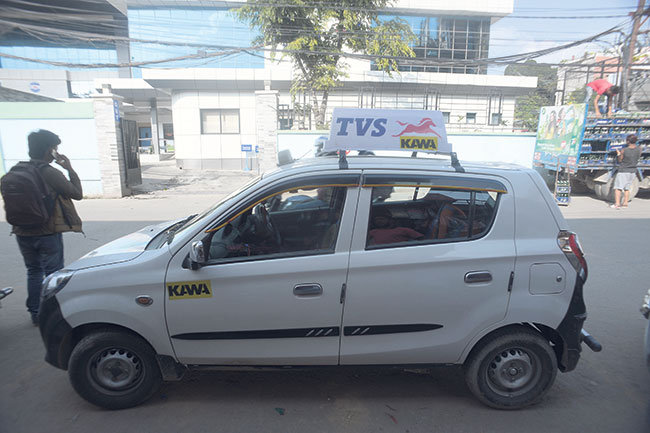 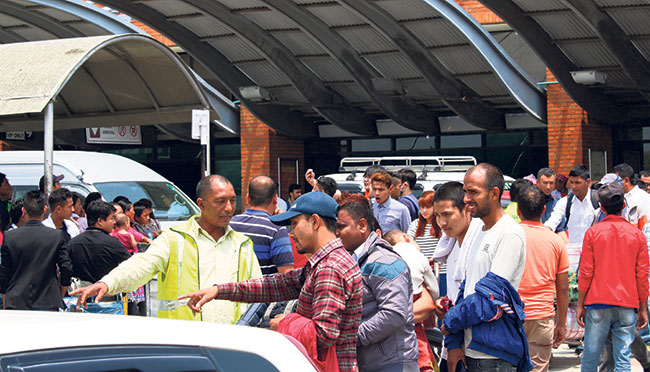 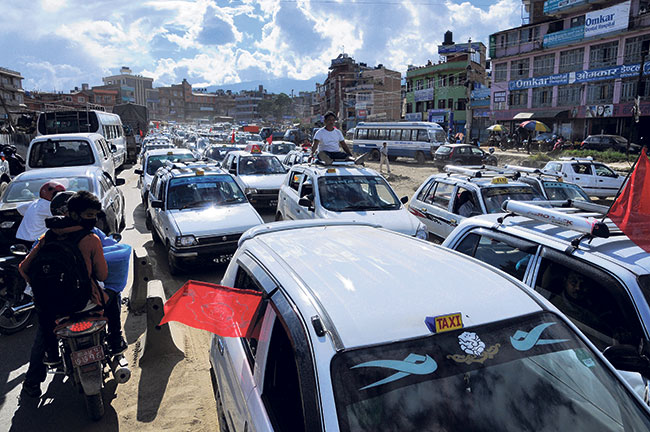