KATHMANDU, July 26: The bonding of a teacher and student grows beyond familial ties and surpasses diverse boundaries secured by cultural and social norms. A relationship between a teacher and disciple has been revered since the immemorial ages.  Socrates and Plato, in the west, and Dronacharya and Eklabya, in the eastern hemisphere, helped establish the epitome of the teacher-student relation. Sangeet Praveen Suresh Raj Bajracharya and his disciple, the former Kumari of Patan, Samita Bajracharya share such an elusive bond.

The benevolent harmony of the sarod synchronizes the shared passion of the teacher-student duo. Though the pact between the Kumari and the sarod virtuoso started only three years back, it is already witnessing and living an ineffable journey of togetherness.

It all started five years ago when the living goddess visited Bajracharya in his dream. The incident triggered a deep desire within the sarod expert to train Samita, the then Kumari. However, Bajracharya’s patience was tested a great deal before he was eventually allowed to teach the Kumari to play the sarod. He was only granted the permission after a solo recital for the Kumari. For Shamita, the uniquely constructed instrument took no time to captivate her.

“I felt a similar sensation, of fascination engulfing me, as a young lad, when I had heard my guru -- Mohan Prasadh Joshi -- play the sarod for the first time. My frequent visit, to his ‘akhada’, convinced him to teach me the sarod. Under his strict apprenticeship, for eight years that I grew as an independent player” shared Bajracharya.

Now, as a teacher himself, he reminisces his days as a student and continues the legacy of his teacher. “I find myself answering questions in a similar manner as my guru did,” expressed Bajracharya. However, he admits teaching the former Kumari was a planned fate.

Meanwhile, although the 17-year-old Samita was unaware of the particular dream, she admits of being enthralled by the mellifluous harmony of the sarod. “I felt the urge to grab the instrument and play it like the way I heard him play,” she shared.

Samita was well acquainted with the instrument upon the personal mentorship of the Sangeet Praveen. In the course of leaning sarod, she also took a six-month long lesson on ‘dhaa baja’, a cultural Newari percussion instrument. However, she still felt the urge to learn more from her guru.

After completing the tenure as a Kumari she continued with her lessons before taking a six-month-long break to prepare for her SEE. “Soon after I was done with my exams, I was eager to rejoin my classes. Whatever I learn from my guru during my lessons, I go back home and teach my elder brother. He is learning a great deal under my mentorship,” smiled Samita.

The former Kumari now longs to master the craft of playing the sarod. Although bequeathed with academic responsibilities, she wishes to invest further dedication toward her passion. With time, she has witnessed her metamorphosis from the living Goddess of Patan to a young sarod player developing a tie with her culture and personal identity. 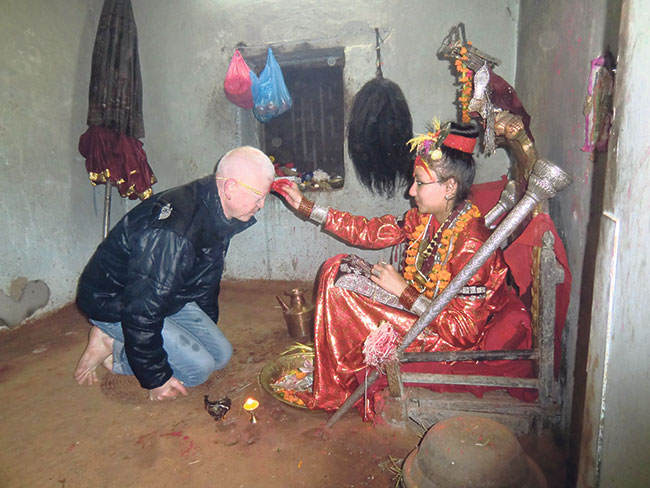 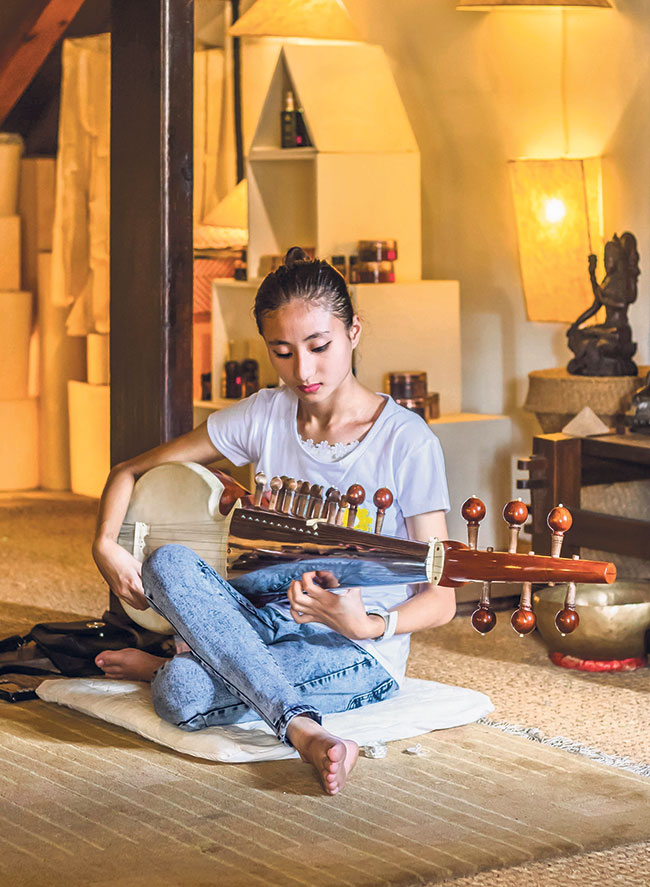