A dance of Gods and Goddesses

Symbolically, the Dev Ganas, (special dancers selected for the festival), try to grab the people who tease them during the dance performance, and those who tease are considered as the fish. If the Dev Ganas are able to catch the fish, the latter have to some pay fine to the Dev Ganas. This is the most interesting part of the dance performed by Newari people from Banmala caste of Bhaktapur.
According to Narayan Man Banmala, member of Nava Durga Gana dance, the dance is performed by a total 19 members from the Banmala clan. “As many as 12 members wear masks of various gods and goddess, while the rest play traditional music for the dance,” he said.

One can witness Dev Ganas wearing masks of Hindu gods and goddesses -- Bhairav, Mahakali, Barahi, Ganesh, Brahmayani, Kumari, Maheshwori, Bhadrakali, Indrayani, Dhumbha Singh, Mahadev, and Shwet Bhairav – for the performance. This grandiose dance is performed in 21 different places of Bhaktapur, and it is also performed in Madyapur Thimi, Changunarayan, Sankhu, Sanga, Kavre, Nala, Dhulikhel, Shreekhandapur and Kharpurma, among other places.

Sharing some light on the dance’s history, historian Prof Dr Purushottam Lochan Shrestha shared, “According to the bansawali, the Nava Durga Gana dance began during the regime of Bhuwan Malla of Bhaktapur. The dance was performed with the hope to get rid of the famine during Malla’s regime. Today, it is believed that the dance is performed for the peace, prosperity and security of the citizens.”

Organizers of this dance fear that the younger generation would not continue to follow the tradition because of its financial and time consuming aspects.

A local of Bhaktapur, Krishna Prajapati said, “The Nava Durga Gana dance is not only about entertainment but it is also about educating public about the problems and ill practices prevalent in the society. However, there is not any proper management for its sustainability. And if authorities concerned continue to turn a deaf ear to our woes, we will only know about this dance in our history books in the future.”

Lack of proper management is only one issue that shrouds the traditional dance form. On the other hand, the Dev Ganas also need to be available for eight long months. This compulsion forces the performers to quit their studies, jobs or any ongoing project for the dance. Moreover, some of them also struggle with various health problems due to their involvement during the festival. This dance is performed from morning till evening and the Dev Ganas are bare feet. They have to collect funds through the cash offerings made by devotees. They have been demanding the government set aside budget to conduct the expensive festival, provide free health check-ups for them, and jobs to their families.

Every year, three small kids who become Simha, Dumha and Balkumari for the dance performance do not get to go to school for eight months as they are busy in the festival. Just like last year, Sagar Banmala, Dipesh Banmala and Sujan Banmala are performing as Simha, Dumha and Balkumari this year. Though children from different families are supposed to participate in the festival each year, these three kids are volunteering this year as well due to the unwillingness of other kids and their families. 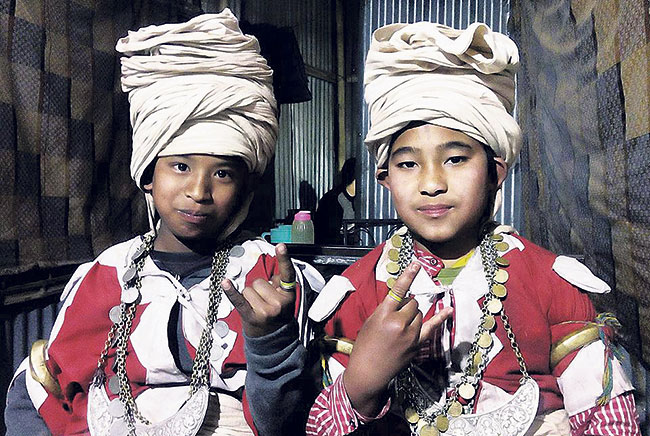 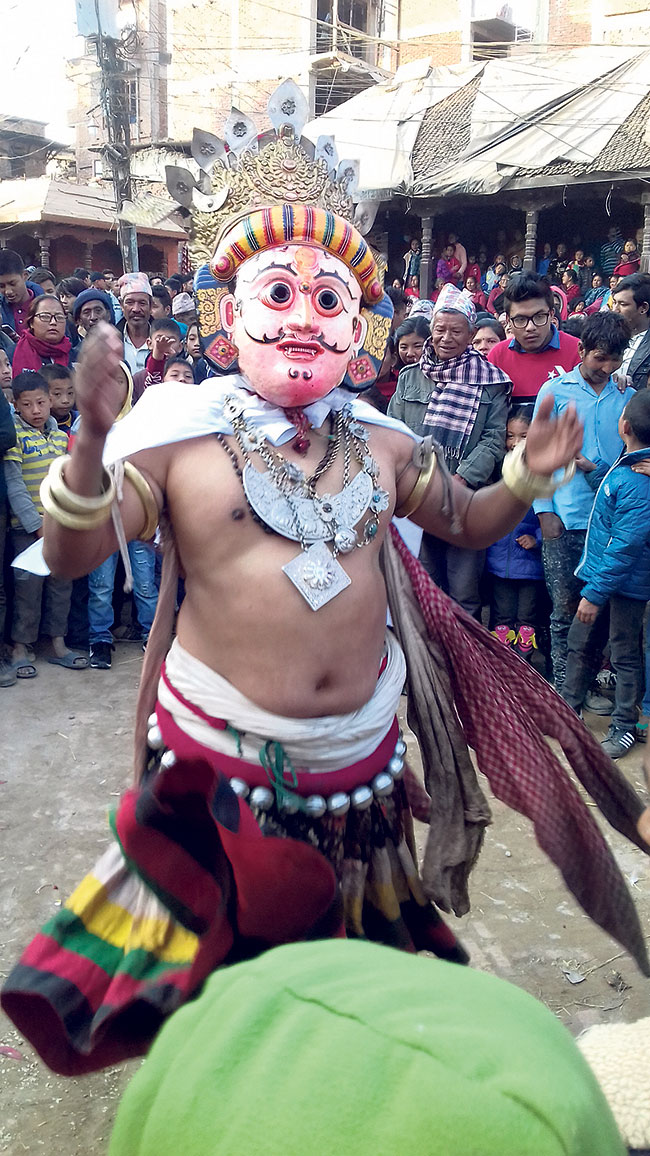